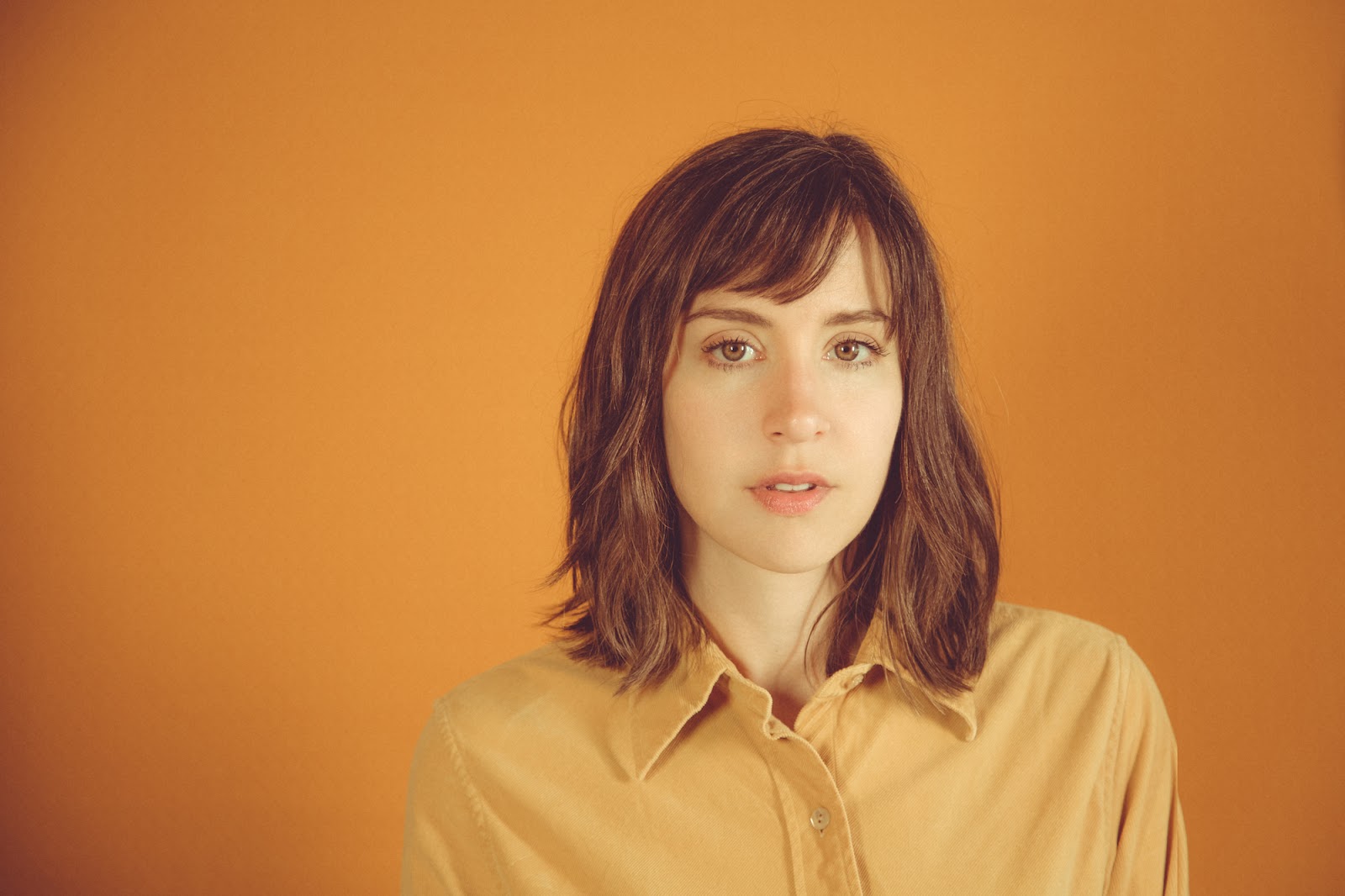 Laura Stevenson has experienced a lifetime of joy and pain since her 2019 album The Big Freeze. Due out August 6 on Don Giovanni Records, her newly announced self-titled studio album follows the heartbeat of these life-altering events. From the excitement and tribulations of giving birth to her first child during the COVID-19 pandemic to the powerful rage born from a turbulent situation in which someone she loves was harmed and nearly killed, the new collection is a dynamic and heartbreaking celebration of life. It was produced by John Agnello (Kurt Vile, Hop Along, Dinosaur Jr.), and features longtime collaborator and bandmate Jeff Rosenstock on guitar. While it is often emotionally heavy, Laura Stevenson never strays from its true motivating force: love.

Unleashed with a high-octane video -- directed by visual artist Christopher Hainey and starring fashion model and molecular biologist Leslie Bembinster -- ferocious lead single “State” is an emotional and visceral embodiment of the waves of rage which powerfully and aptly open the record. Laura explains, "Someone I love was hurt and almost killed by another person and I was so absolutely consumed with this level of rage that I had never known before and it was really powerful and frightening but somehow freeing when I was willing to just let it wash over me." 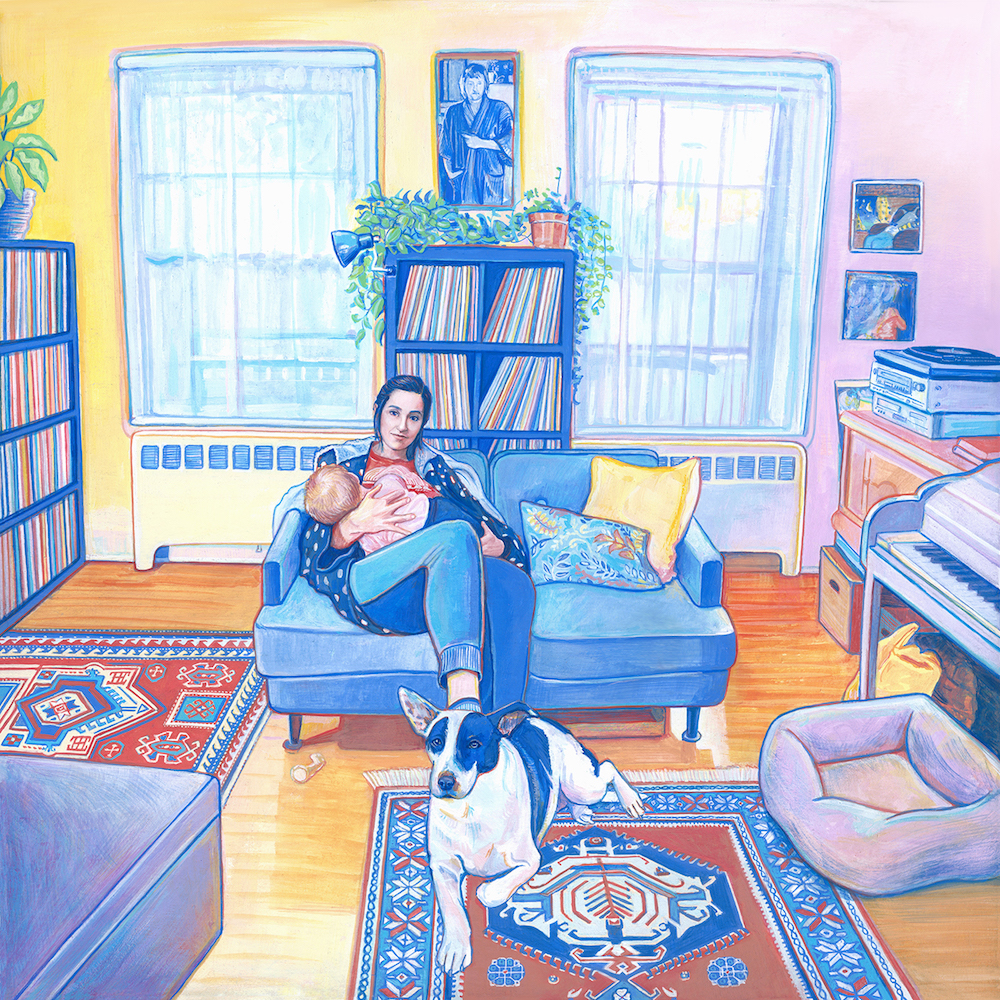 The journey that this new collection of songs takes the listener on may be a familiar one for anyone going through the stages of grief. “Mary” sees Stevenson alone at her piano, recalling the long drive to the scene of the crisis, an agnostic bargaining with holy figures to save a life. On mid-album highlight, “Sky Blue, Bad News” Stevenson punishes herself for things that were ultimately out of her control, going over events in her life that lead up to this moment to figure out why all of this was happening. All this uncertainty and darkness is juxtaposed against her warm vocals and bright melodies.

“The album was written as a sort of purge and a prayer,” Stevenson says. When it finally came time to record, she was pregnant with her first child. “It was a very intense experience to re-live all of the events of the previous year, while tracking these songs, with my daughter growing inside me, reliving all of that fear and pain and just wanting to protect her from the world that much more. It made me very raw.”

The album follows Stevenson’s 2019 career milestone The Big Freeze, celebrated for its “finely detailed, wrenchingly intimate songwriting” (All Songs Considered), and a 2020 NPR Tiny Desk (counted as one of the year’s 20 Best). Recorded at The Building in Marlboro, NY, Laura Stevenson is a sincere portrait of a human heart in all its vibrant colors. More than anything, it is about bearing one’s whole self in the face of those you love—uncomfortable, and exposed, but vital, present. Here.

9. After Those Who Mean It 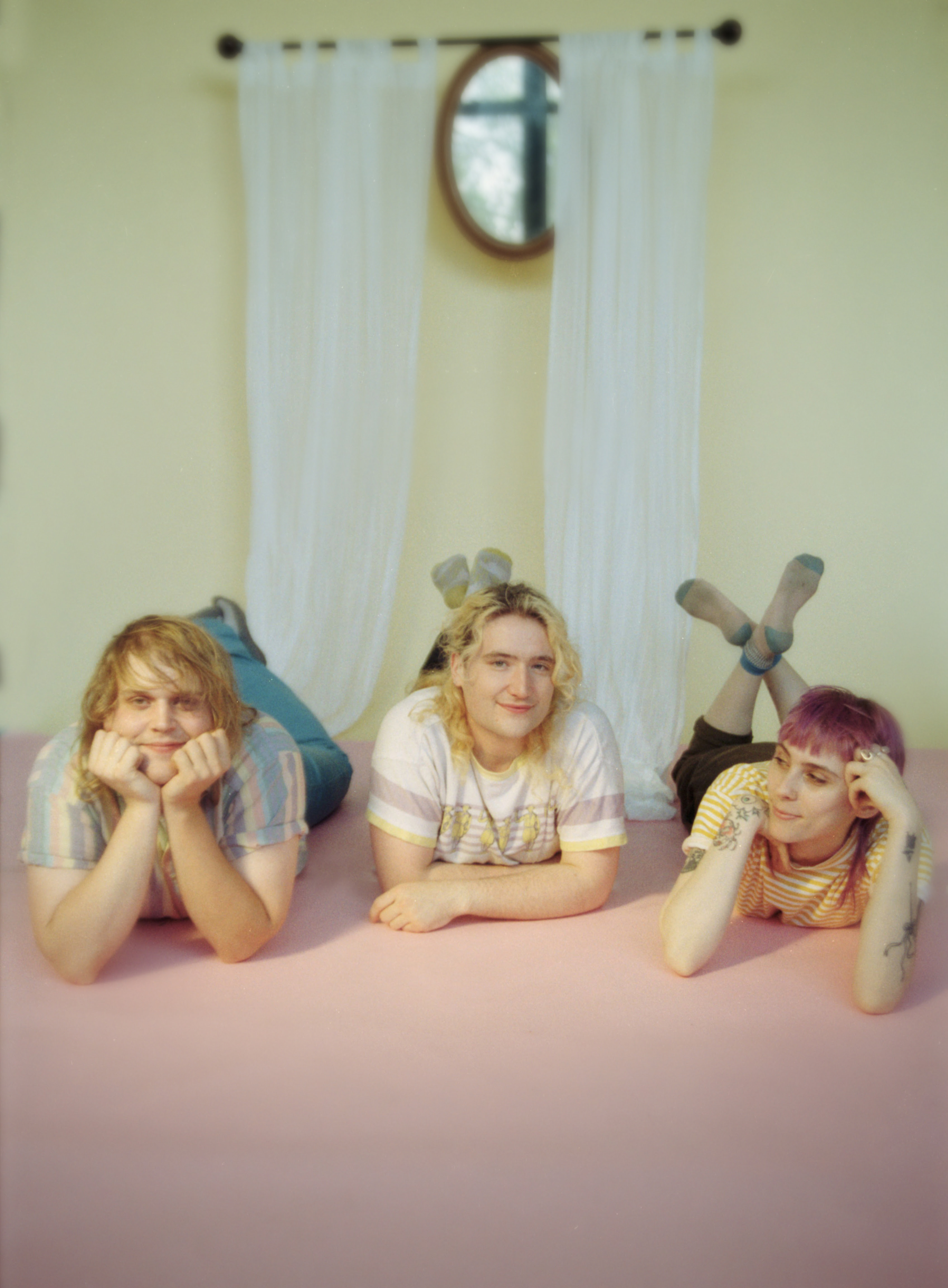 We are incredibly excited to announce the a album from Chicago-based rock band of yearning IZZY TRUE - titled Our Beautiful Baby World - out July 2, 2021. The album was recorded at beloved midwest music venue Rozz-Tox in Rock Island, IL by Ian Harris.

Today, they've released a music video for lead single "New Fruit." The single is also available on all streaming platforms and Bandcamp now. 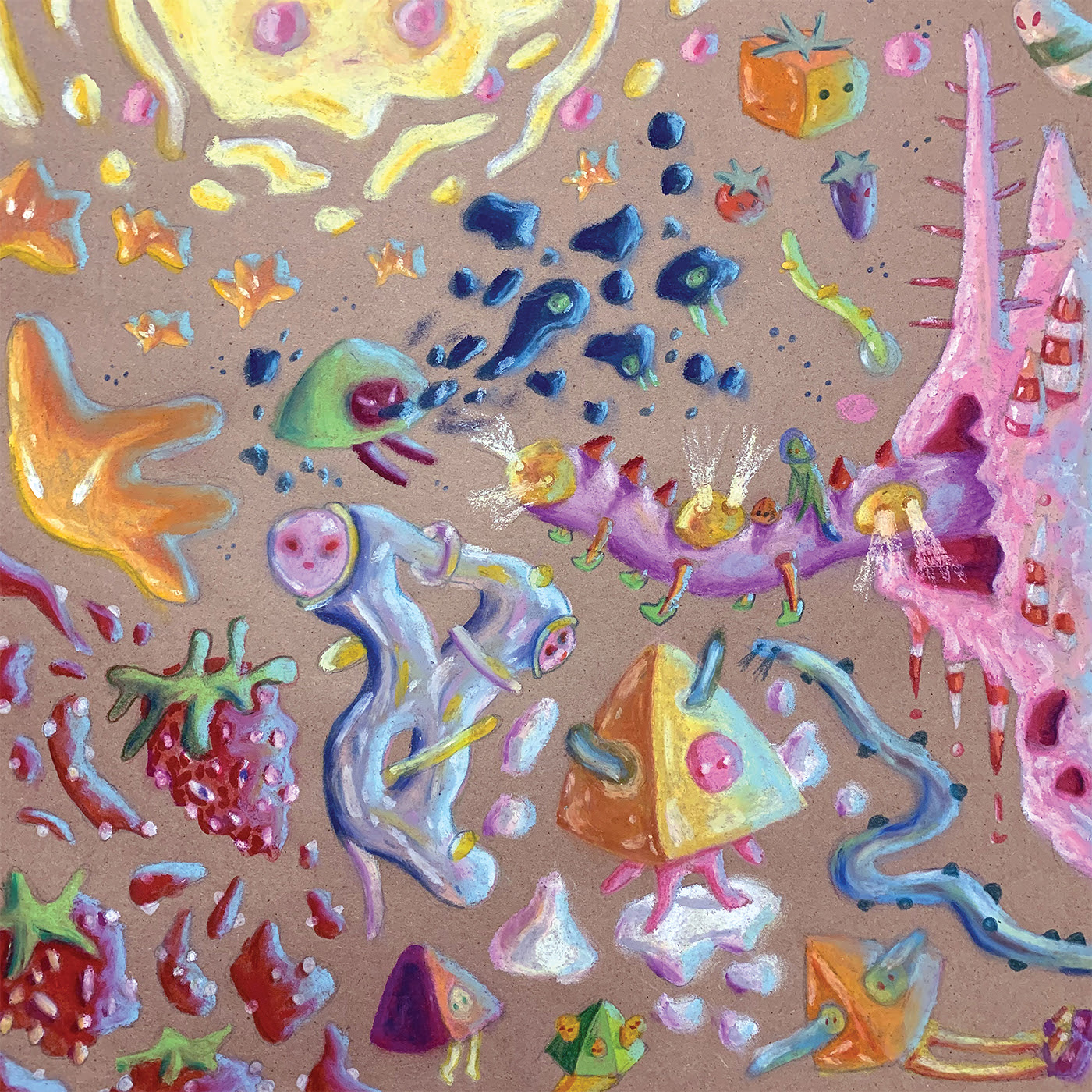 “I ended up choosing the title Our Beautiful Baby World this year as a kind of prayer,” says guitarist/vocalist Izzy Reidy (pronouns they/them). “When I get very sad about the world, I find comfort in zooming out to the macro, universal level. On that scale, humanity is so young, so small, still learning, and full of possibility. When I think of it that way, I feel so tenderly towards humanity. All of the things it does to hurt itself are not its fixed nature, I have hope that it is (very slowly) learning to be gentle.”

In creating Our Beautiful Baby World, the pacing of Izzy True’s songwriting process has slowed down since their prior Don Giovanni releases -- Sadbad (2018) and Nope (2016). Arranging with bandmates Curtis Oren (they/them pronouns- bass, sax, flute), and Samuel H Goldstein (they/he/she pronouns- drums), Reidy says they’ve grown as musicians together, and their songs were given space to grow, too. OBBW exhibits eleven rock songs of melded collaboration, expressing the deepness of acceptance. These are the band’s most dynamic compositions to date. Reidy also being a cartoonist - which is evident in the fuzzy imagery and storytelling held within their songs - hopes the album to “sound like a bad drawing of a rock record.” 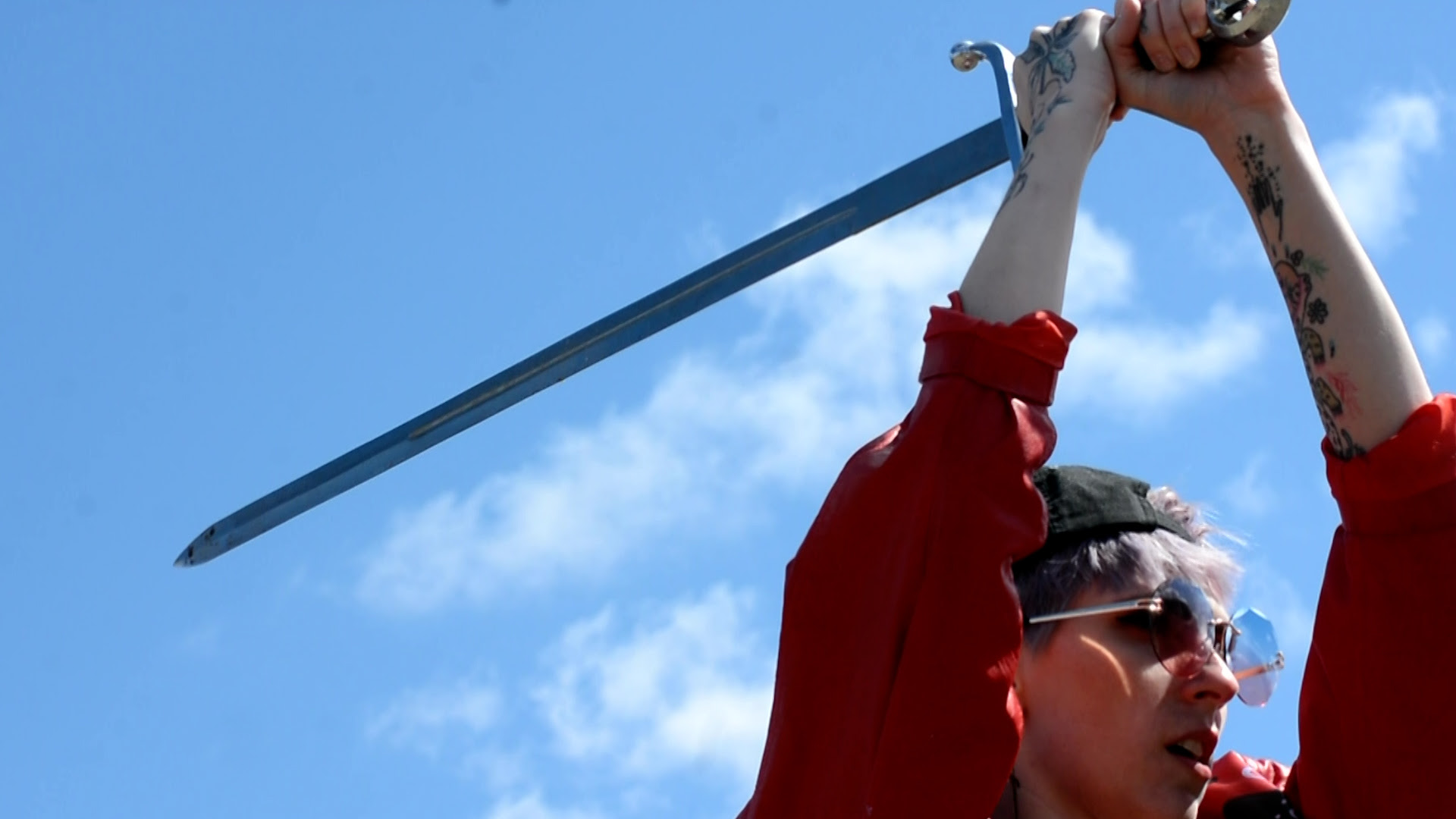 There’s a desire to find okayness in this harsh world, with images of angels, open pastures, and ghosts of old friends and lovers looping around Reidy's twanging yet patient vocals. The inspiration for the soft-hard dynamics that make up OBBW come from Reidy’s love of Thin Lizzy, along with the blending of the band members’ strengths and histories: Curtis as a courageous experimental musician in the DIY circuit as well as a fellow organizer with Reidy in the Union of Musicians and Allied Workers, and Sam’s expertise as a hardcore drummer. These influences commingle and translate to a thrashing around; a sound filled with wonder. 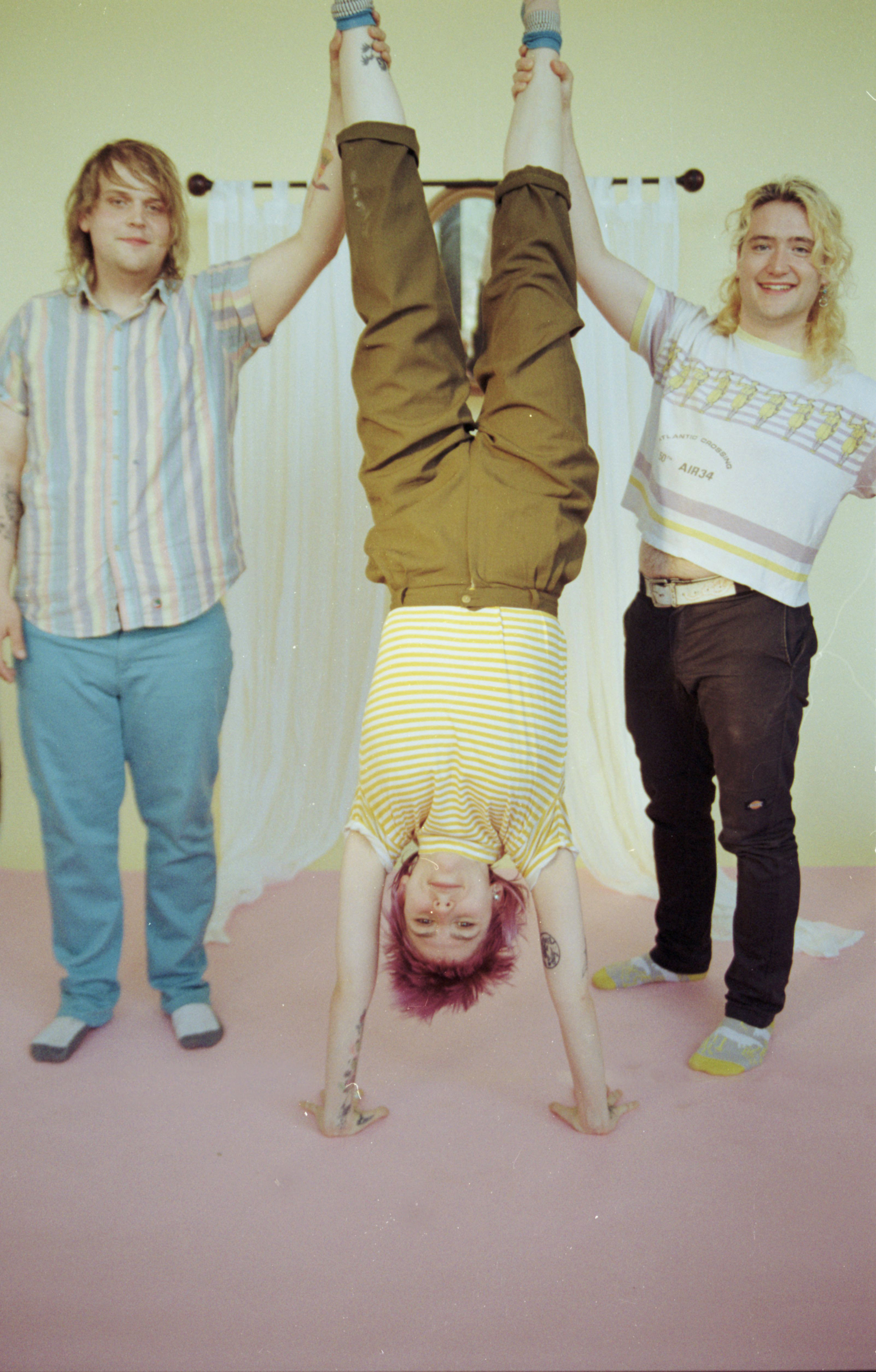 The music video for "New Fruit" is debuting today, and features handmade costumes and props and Izzy's pet Axolotl. It can be seen below.