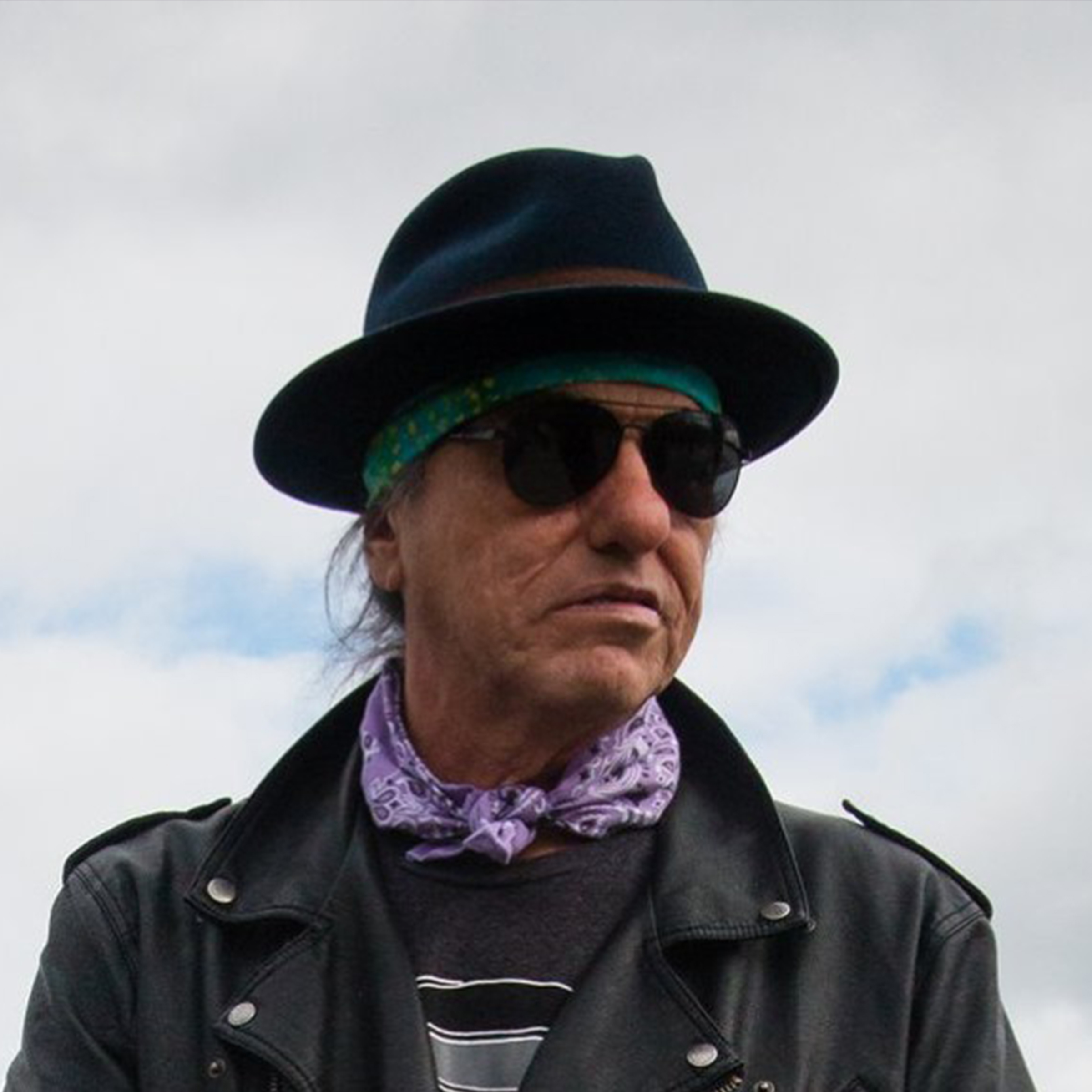 We are excited to share the first album in 9 years from Keith Secola. “Portals” is an exploration of the natural world, streaming now everywhere. 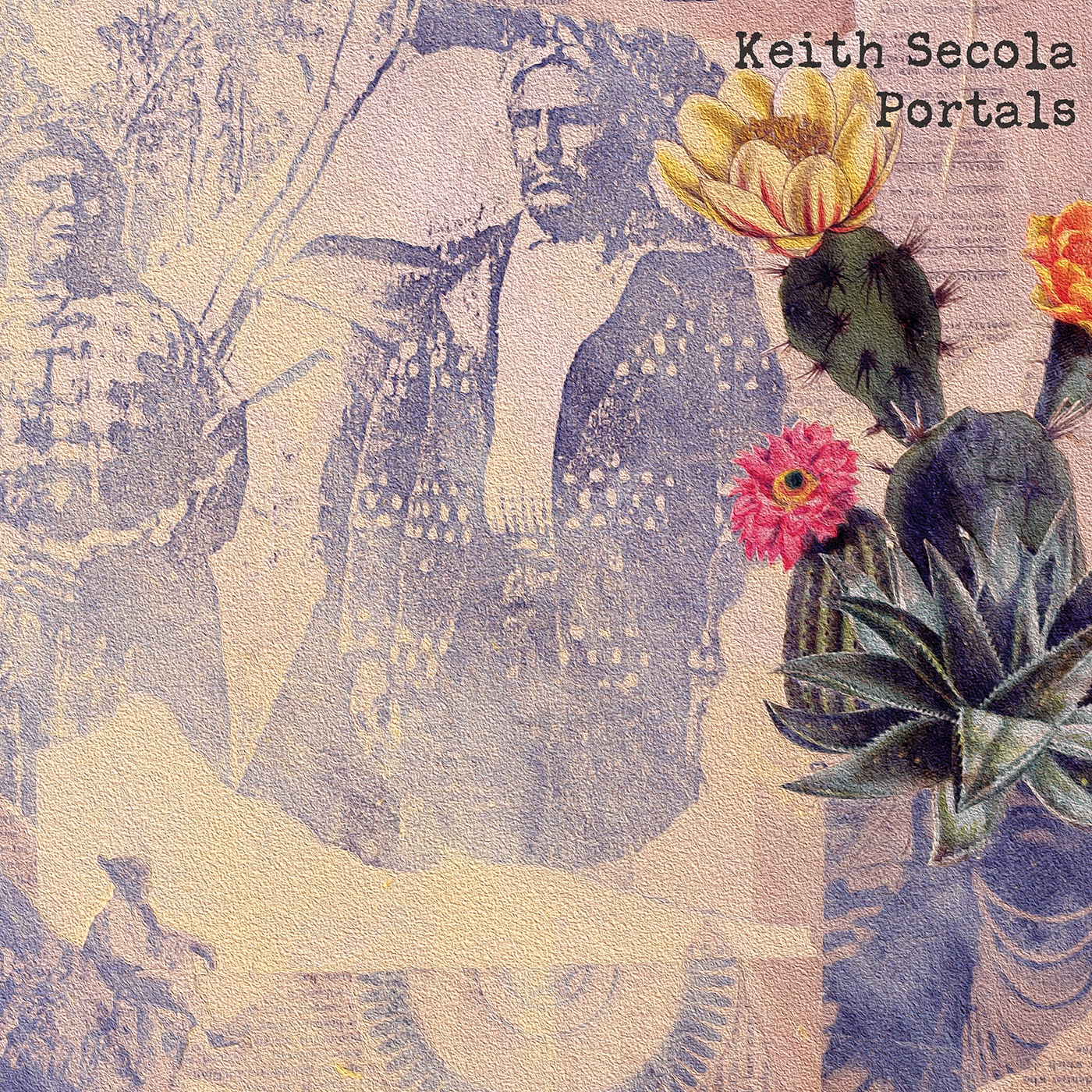 Portals is an ambience album at the intersection of blended sounds. Earth, native flute, guitars, bass, drums, and percussion were used to record the music on this album. Portal is a connection to the other side. A bridge you can cross only if you promise not to look down. Notes are shaped into waves, conjugations of sound. Cosmic music echos, coaxing pitch, dragging stars, rhythm of the angels. Take a ride while guitars cling to form. Songs of the moon relax your mind, soul journey through Belt of the Pleiades, portal of birth. What is the key of the waters, night creatures, spin of the Earth? What do the birds sing? Uncertainties certain to be known interspecies communication will teach us this knowledge. Through the portal of understanding is a rite of togetherness. I will hold what you give me in the highest honor; this is the meaning of thank you, miigwech 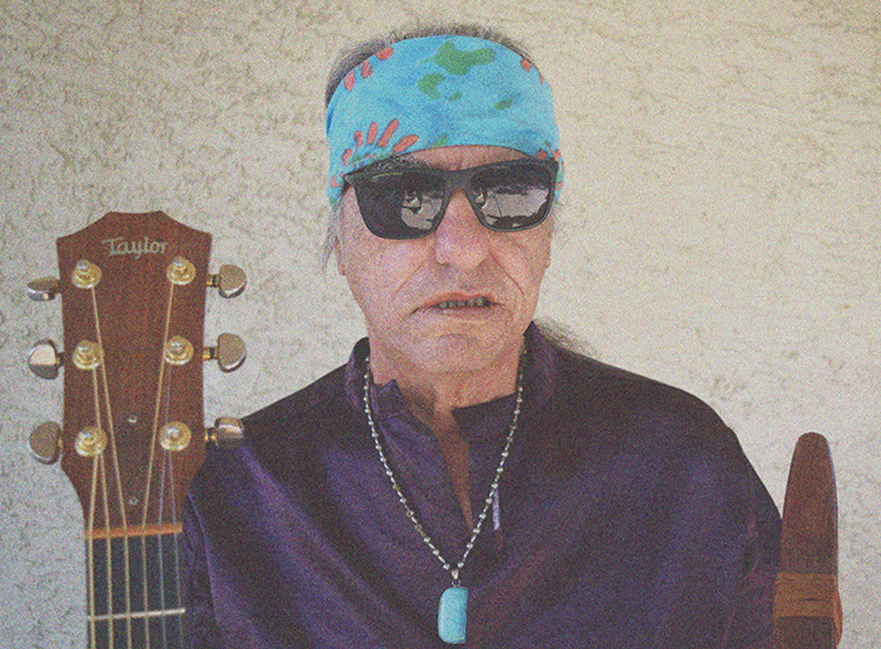 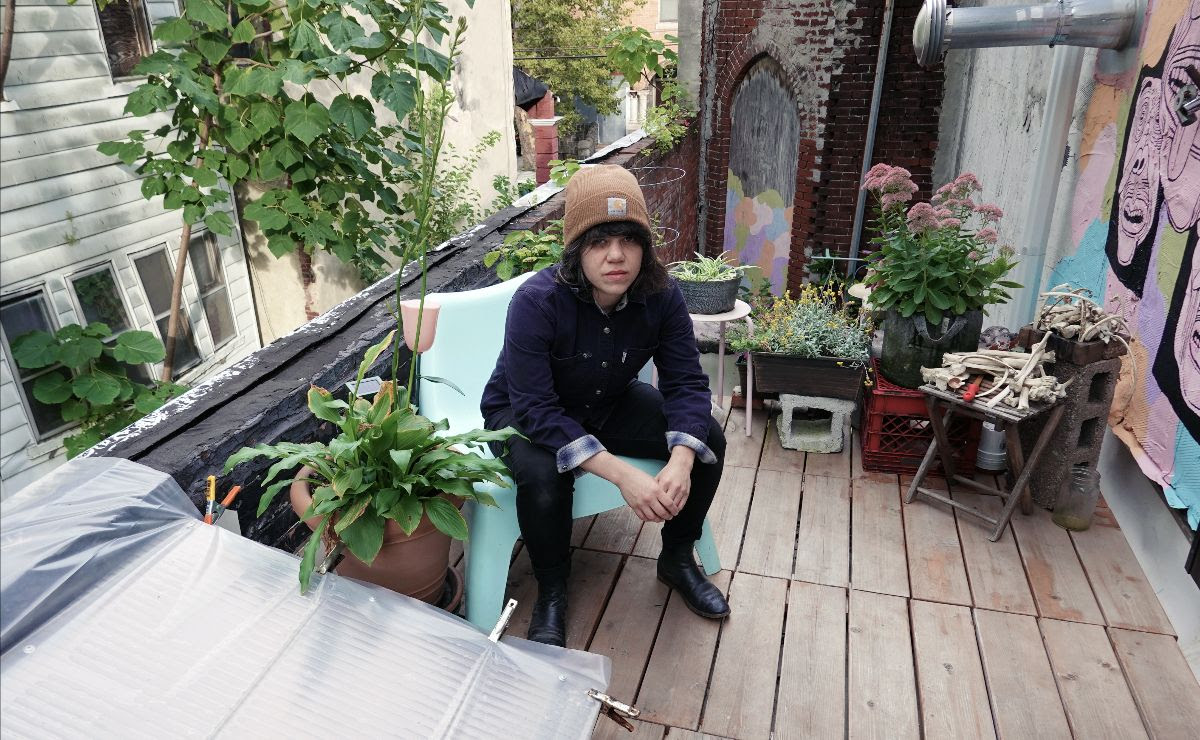 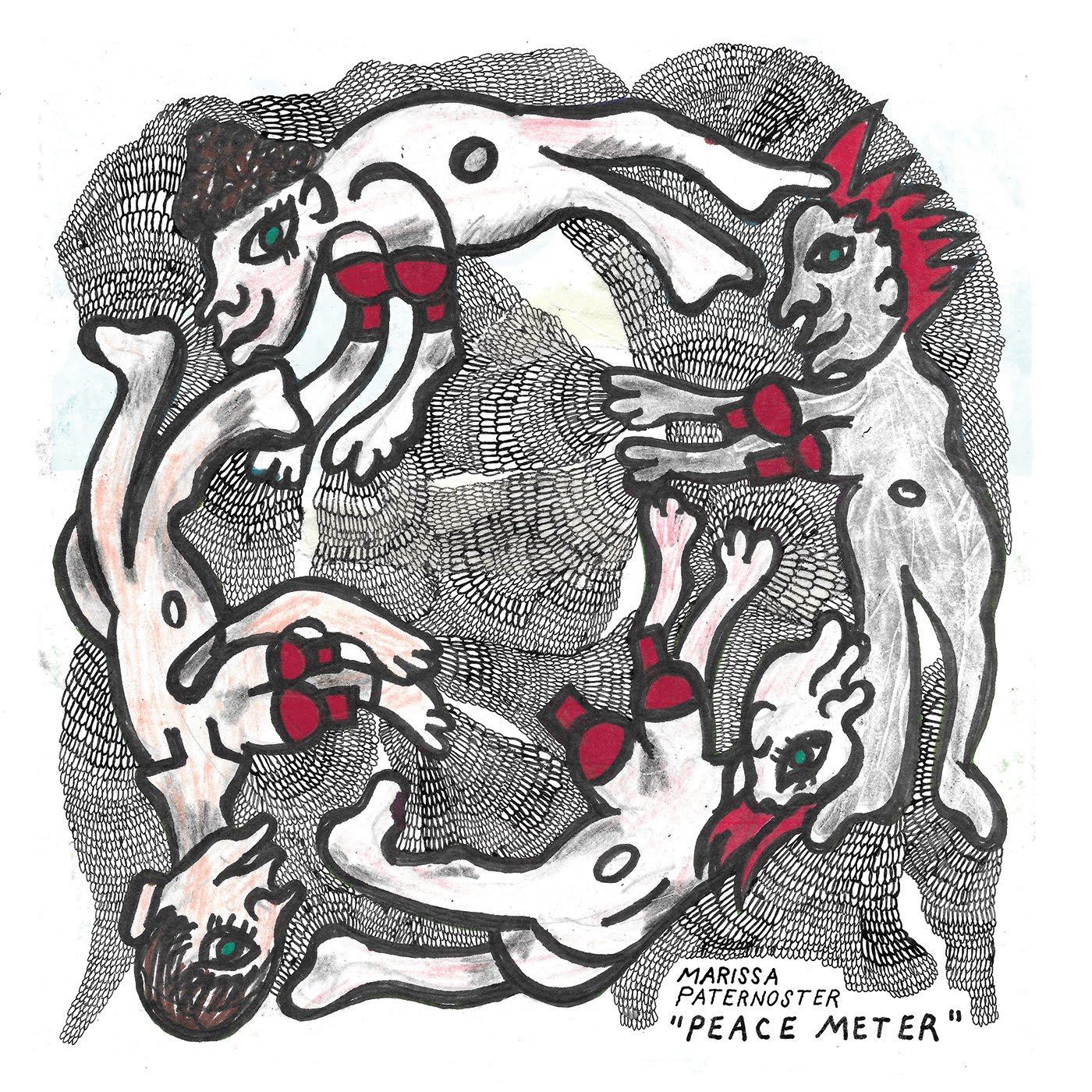 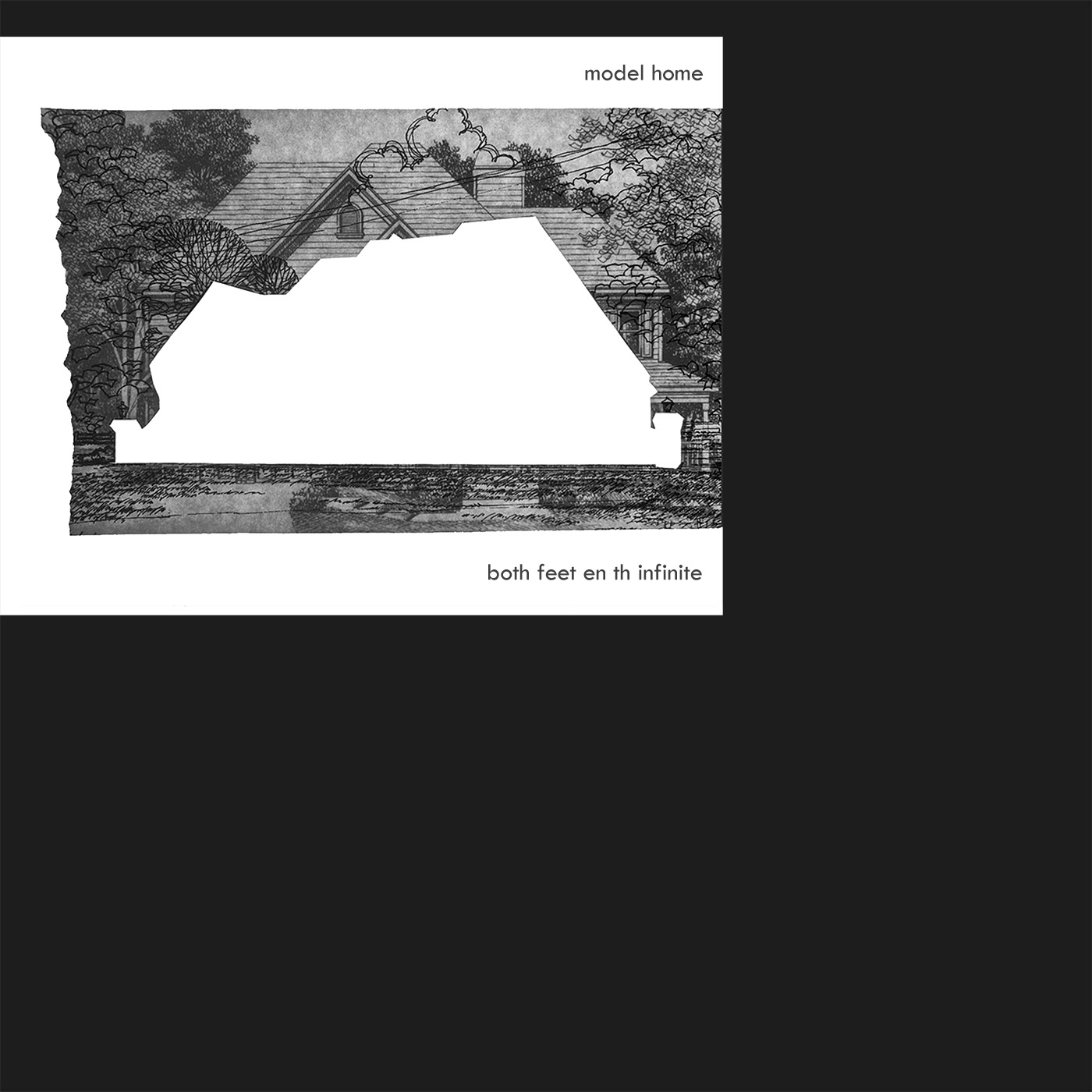 We are excited to announce the release of Quitter, the new full-length album from Portland, Maine indie-rock band WEAKENED FRIENDS. Following their acclaimed 2018 debut album Common Blah, Quitter will be released on November 19, 2021. 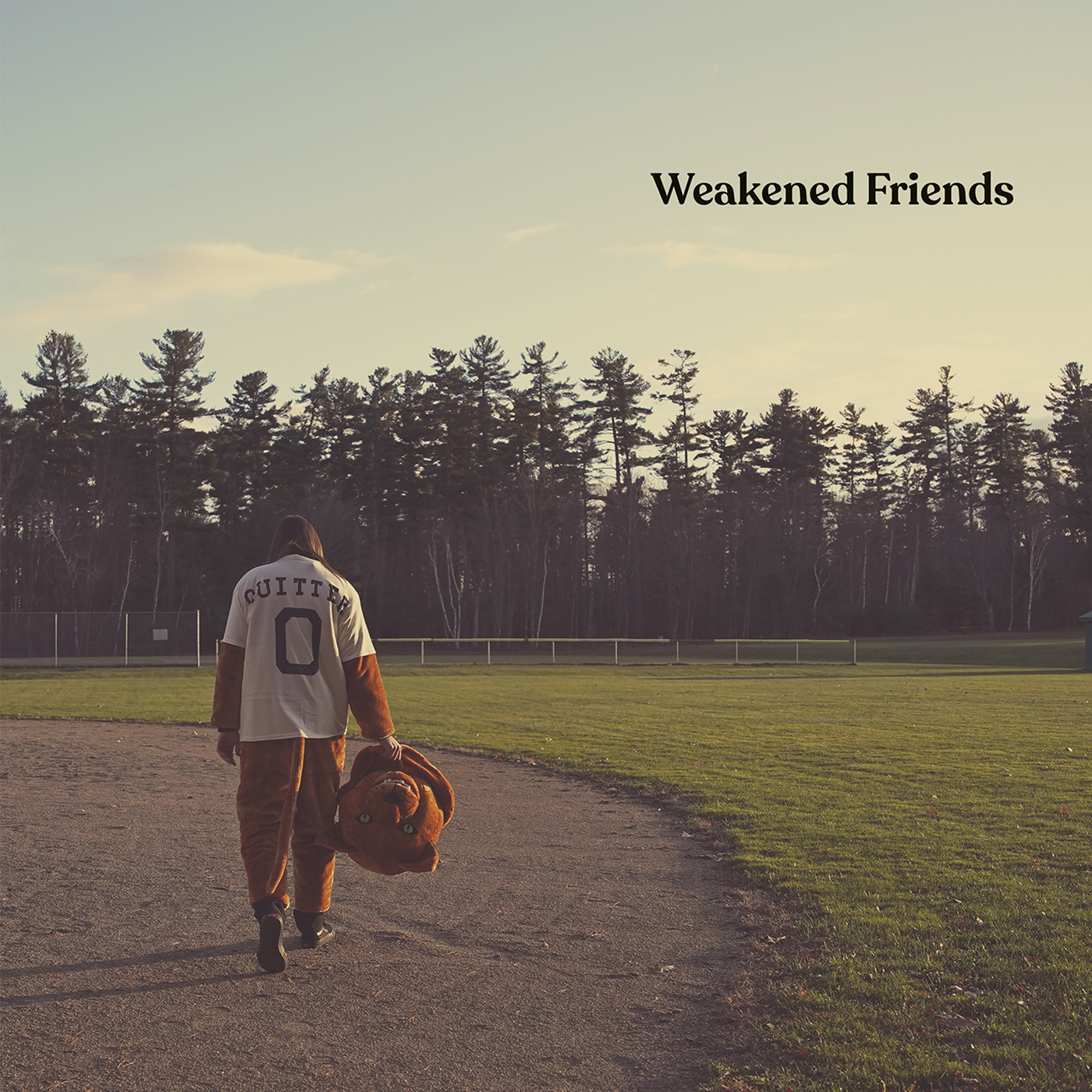 Weakened Friends dive into the honest truth of being a working musician on Quitter, reflecting on lost friendships and self-worth swallowed up by burnout. Songwriter, guitarist, and vocalist Sonia Sturino is supported by Annie Hoffman (bass/vocals) and Adam Hand (drums), filling out a mature and emotive sound.

Central to the record thematically is the empty threat of quitting music and “getting a real job.” Sturino wrestles with her relationship with music on the title track, shouting “I love it, but it never really feels okay” over scorching guitars. Despite the implications of the title, quitting is not an option for the band. Even as friends settle into adulthood, Weakened Friends find themselves trapped in a fortress of their own creation, inseparably attached to the eternal youthfulness of life in music. In this liminal zone, life passes by and friendships are weakened, and Quitter takes plenty of time to mourn these losses.

The album's title track “Quitter” is out now, as is a music video accompanying the song. The song embodies the album's central theme of burnout in the music scene through chunky guitars and snarky vocals. As competition turns friends into rivals and pressure bears down on songwriter Sonia Sturino, she feels trapped by the time and effort she’s put into her life in music, despite the fact that “it never really feels okay”. This grungy number is equal parts personally introspective and broadly cathartic, resonating with a wide reach of emotions non-specific to Sturino’s individual experience. 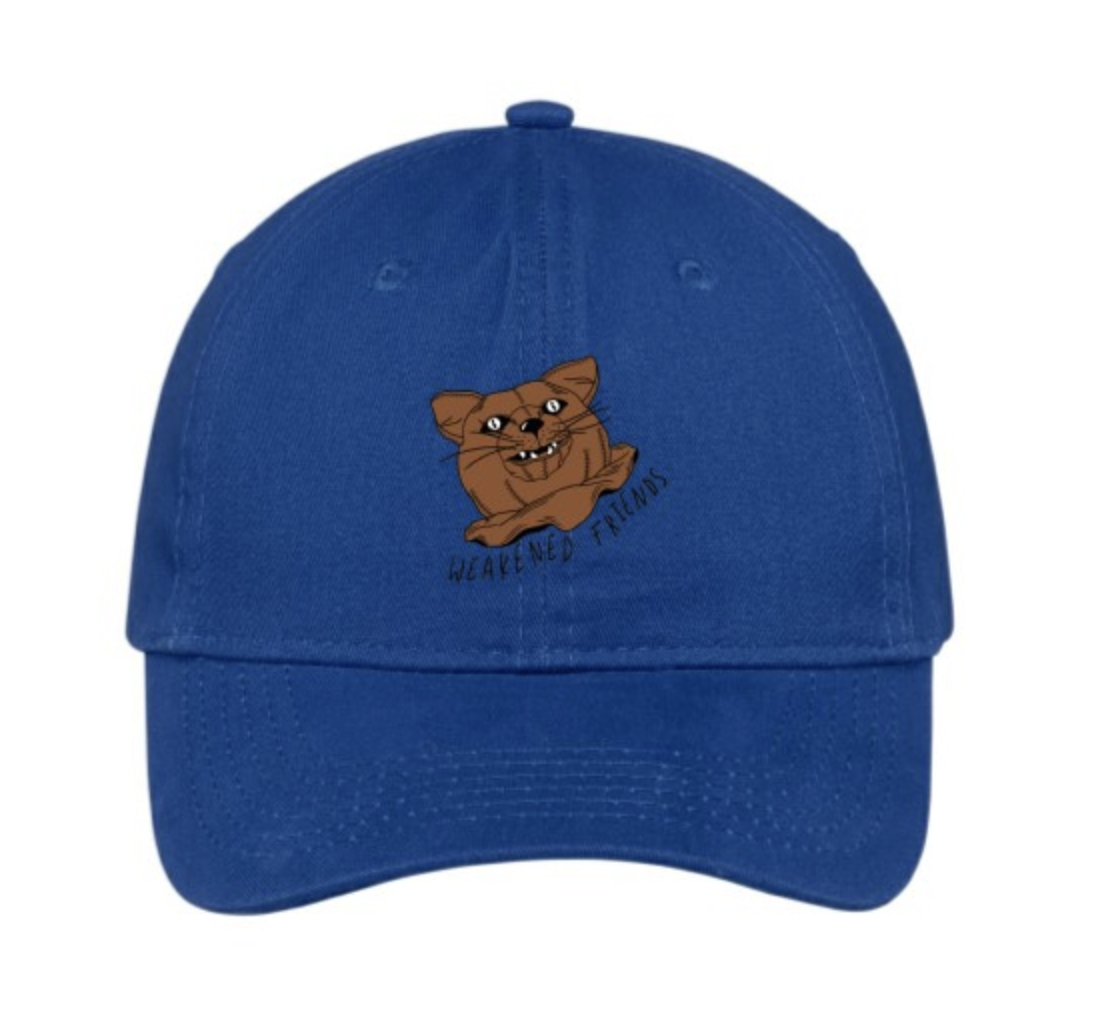 Though the record acknowledges a perpetual state of arrested development that comes with being a musician, the band is anything but stagnant musically. Opening themselves up to ideas outside the constraints of their slacker rock sound, Weakened Friends puts the full force of their creative ambition into Quitter. Inspired by watching peers go above and beyond what is expected of them, the band sought to explore each song’s fullest potential, with their most extensive pre-production and arrangement work to date. Incorporating banjo, pedal steel, horns, extensive synth arrangement and a number of non-instrumental sounds such as ovens and camera flashes, Weakened Friends expand on their universe of sounds on their new LP. 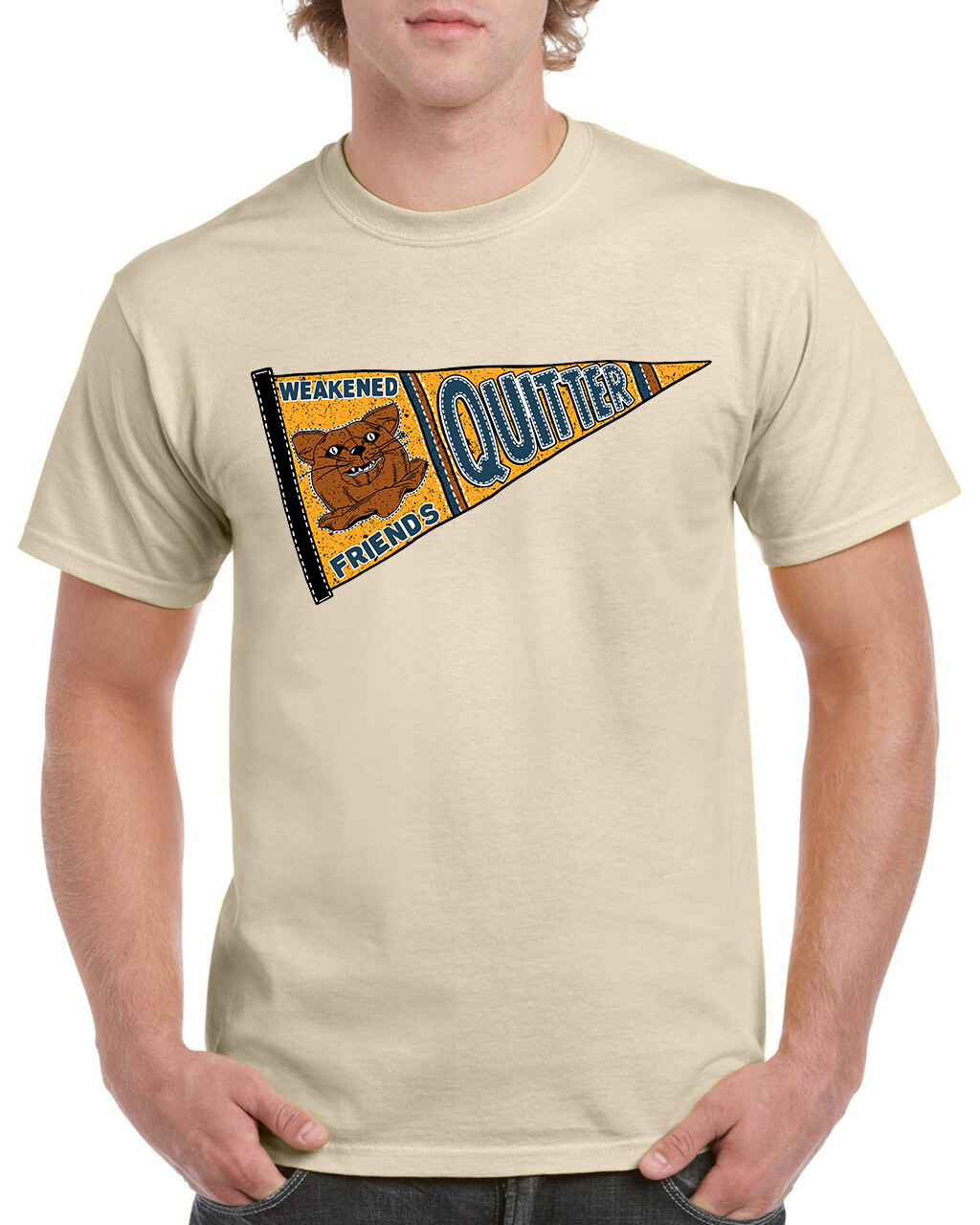 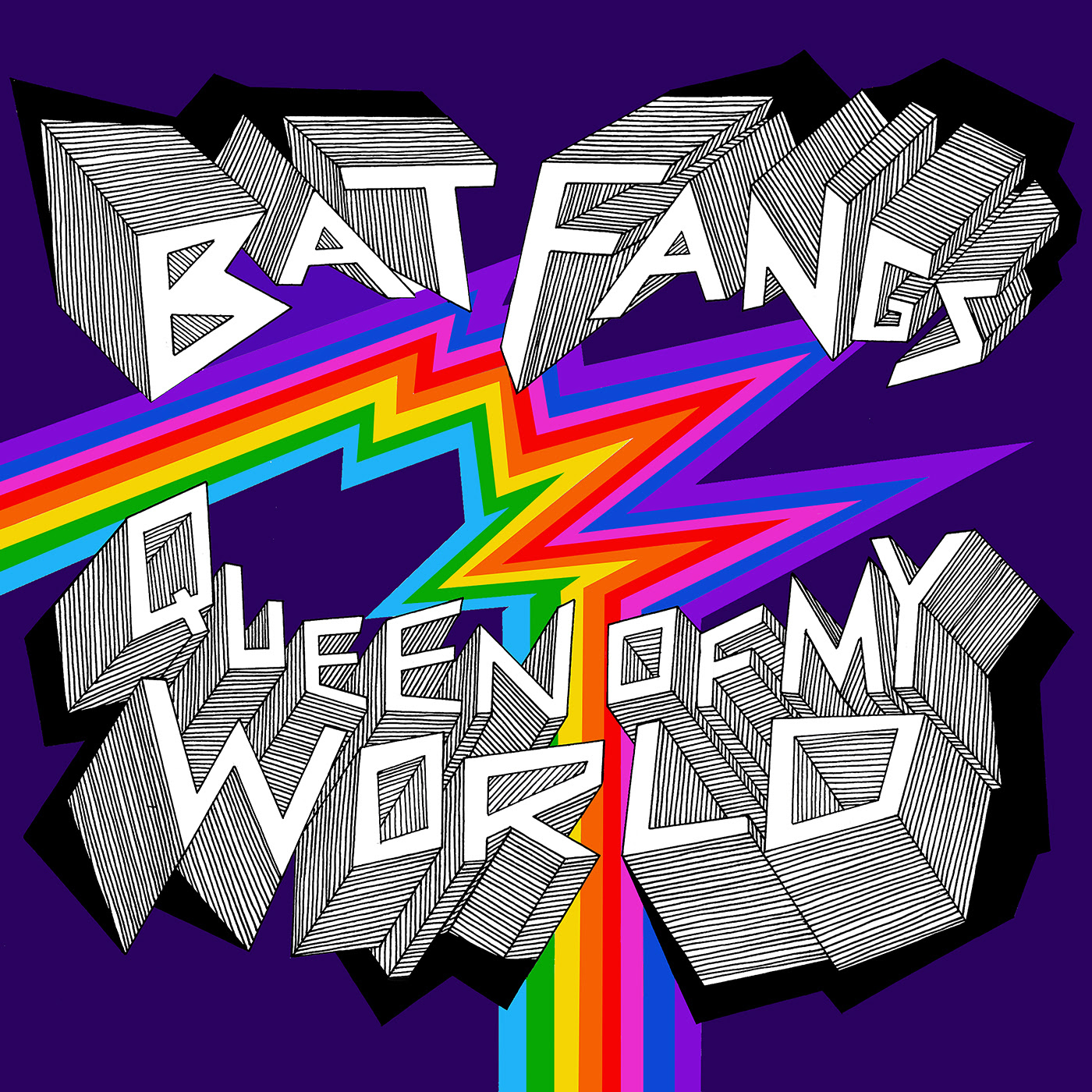 Queen Of My World, the new full-length album from Bat Fangs is out October 29th!

Queen Of My World picks up where Bat Fangs left off: big riffs and pinched leads, a reeling, rocking mass of guitars and vocals, with hall reverb "whoa-oh" choruses similar to those that filled arenas in the 80s heyday of hair metal. The album is both a reclamation and a reevaluation of a sound that was once a breeding ground for a particularly egregious brand of cock rock dude-bro. Paying tribute to the glam rock and metal sounds of their youth while offering a modernized alternative to an era of music that deified toxic masculinity as a core value, Wright and King represent a new model of Rock Stardom that’s less about the Stars and more about the Rock.

The album's title track “Queen of My World” is out now, as is a music video accompanying the song. Songwriter Betsy Wright reflects on teenage mischief through the hair metal sounds of her youth. Stories of hanging out in the woods, getting high, and generally just doing bad shit are soundtracked with soaring guitar solos and crunchy riffs, opening a gateway into an era of high octane rock and adolescent antics.

Using musical nostalgia as it’s crystal ball, Queen of My World looks back through life’s little moments and sees the mystical within the ordinary. Though many of the songs are autobiographical, at its core the record is a lens into other worlds, gazing into timelines that could have been and childhood memories so distant they may as well be past lives. Underneath the high-octane teenage antics is a genuine tribute to the unique friendships that can only form in the pseudo-invincibility of youth.