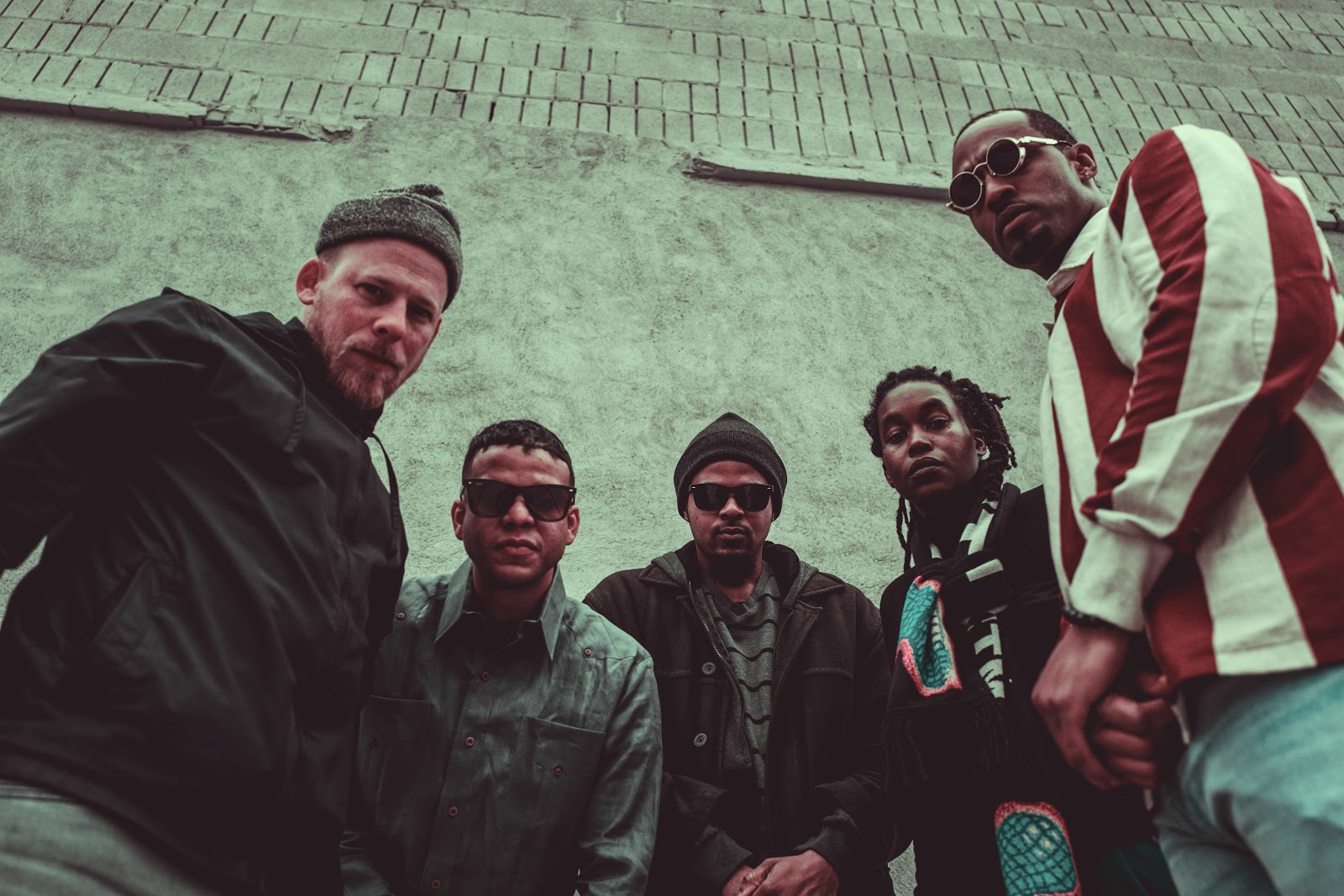 Free jazz collective Irreversible Entanglements announce their new album, Who Sent You?, out March 20th on International Anthem/Don Giovanni, and today present its lead single/video, “No Más.” The group is comprised of Camae Ayewa (aka Moor Mother), saxophonist Keir Neuringer, trumpeter Aquiles Navarro, bassist Luke Stewart, and drummer Tcheser Holmes. Who Sent You? is the punk-rocking of jazz and the mystification of the avant-garde. This record weaves kinetic soul fusion, dreamy yet harrowing poetry, and intricate rhythms into warmth-giving tapestries that comfort and conceal, confront and coerce all at once.

“No Más” was composed by the Panamanian-born Navarro in a harmonic echo of a Strata East free jazz classic over a movement-inducing Latin rhythm. Over its peak moments, poet/MC Ayewa professes: "No mas. No more... No longer will we allow them to divide and conquer, divide and oppress, define our humanity..." Its stunning accompanying video was shot in Johannesburg, South Africa by filmmaker and photographer Imani Nikyah Dennison. The video explores the concept of Africans escaping planet earth, on a path to liberation. A story of migration told through collage, stock footage, and movement, all being driven by the sounds of free jazz and poetry.

Originally performing as two different ensembles at a Musicians Against Police Brutality event in 2015 (in response to the NYPD slaying of Akai Gurley), the future members of Irreversible Entanglements recognized a shared ethos, and shortly after, assembled as a single unit for an impromptu studio date at Seizure’s Palace in Brooklyn. That session yielded their debut album, 2017’s Irreversible Entanglements. Critical and communal acclaim for the album (including “Best of 2017” nods from NPR Music, WIRE Magazine, Bandcamp, and others) fueled a high demand for the band in the live setting, and the group have since spent much of 2018 and 2019 on the road. They have collaborated in performance with many legends of creative music including Amina Claudine Myers, Pat Thomas, and Nicole Mitchell; and their highest profile shows have included Pitchfork Music Festival in Chicago, Le Guess Who Festival In Utrecht NL, Barbican in London, and the Smithsonian in Washington DC.

Where the band’s self-titled debut was all explosive noisy anthems and glorious cosmic bluster, Who Sent You? is a focused and patient ritual. Irreversible Entanglements take their time in between these grooves, stalking the war-torn streets of the Deep South and post-Columbian apocalypses—taking their time to dream up an amalgamation that sounds truly euphoric. More than the sum of its parts—war-like basslines, haunting saxophone, cyberpunk brass, the unwieldy storm of drums, and the oracular phyletic incantations of Ayewa—Who Sent You? is an entire holistic jam of “infinite possibilities coming back around,” a sprawling meditation, a reminder of the forms and traumas of the past, and the shape and vision of Afrotopian sounds to come.

Who Sent You? Tracklist: