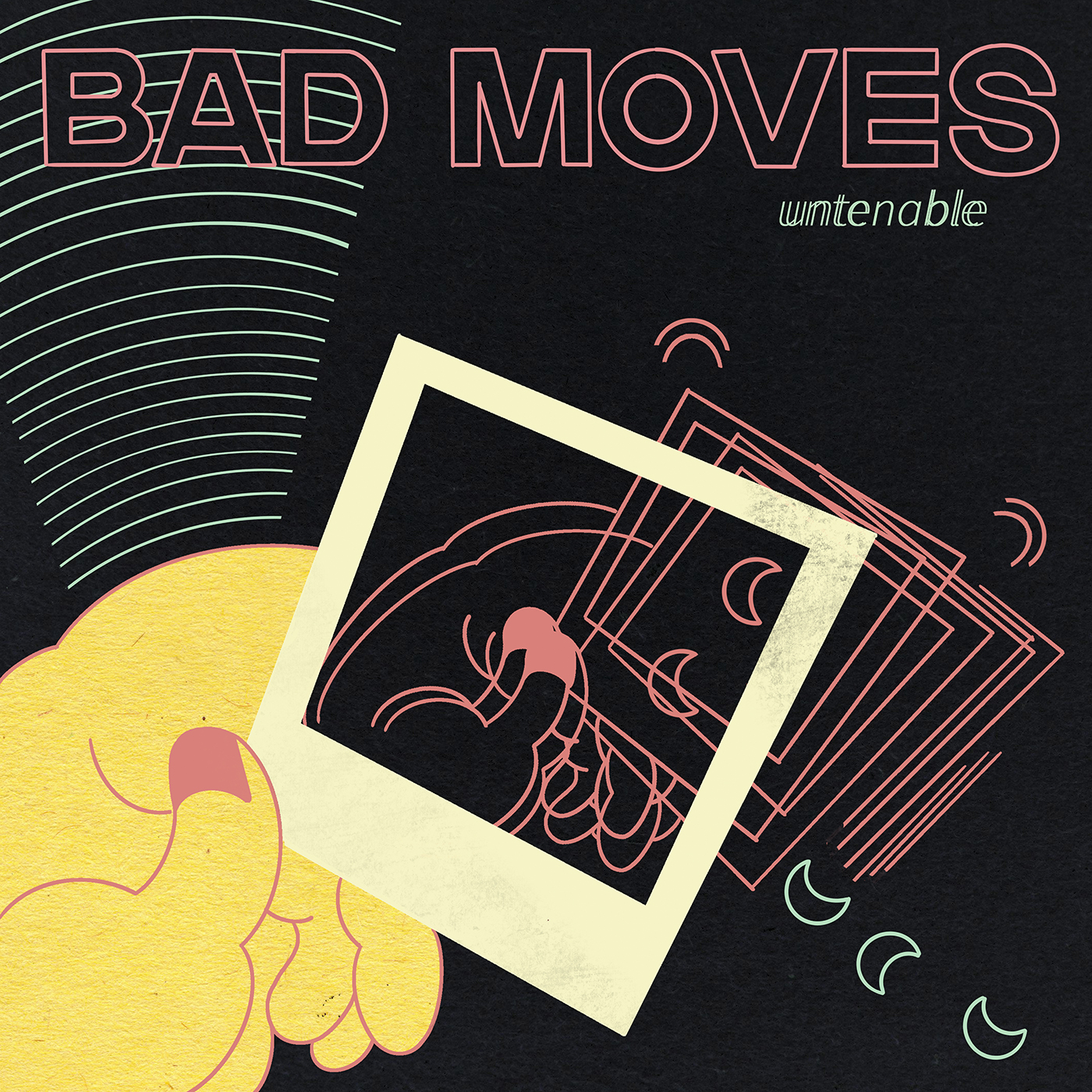 Out May 29th (digital) and June 12th (physical) on Don Giovanni Records, Untenable is the sophomore full-length by Washington, D.C.’s Bad Moves.

It’s a record fired in the anxiety and exhaustion of our historical moment: 12 very personal and political songs about surviving in a perpetual state of crisis.

Recorded late last year at Philadelphia's Headroom Studios with Joe Reinhart (Hop Along), Untenable nudges Bad Moves’ sound to suit a slightly darker outlook. The drums charge along with intensity and bite. The guitars favor lockstep call-and-response riffs. A bit of noise, dissonance, and snarl has crept into the periphery. Those spikier sounds frame lyrics about the numerous places that instability erodes our lives — tipped wages, service industry jobs, our self image as groomed for public consumption via social media.

The title, Untenable, is a nod to the overwhelming feeling of unsustainability that permeates life right now, whether at work, at home, or on the planet. There’s a melodic sweetness there, too, though. And a fair bit of hope. Uncertain times are also an opportunity for change.


Bad Moves is Emma Cleveland, David Combs, Katie Park and Daoud Tyler-Ameen. Formed in 2015, the band has performed throughout the U.S. and U.K., held its own alongside Jeff Rosenstock and The Hold Steady, and even been animated into an episode of Cartoon Network's Craig of the Creek. Once we can all stand in a room together again, they intend to tour.