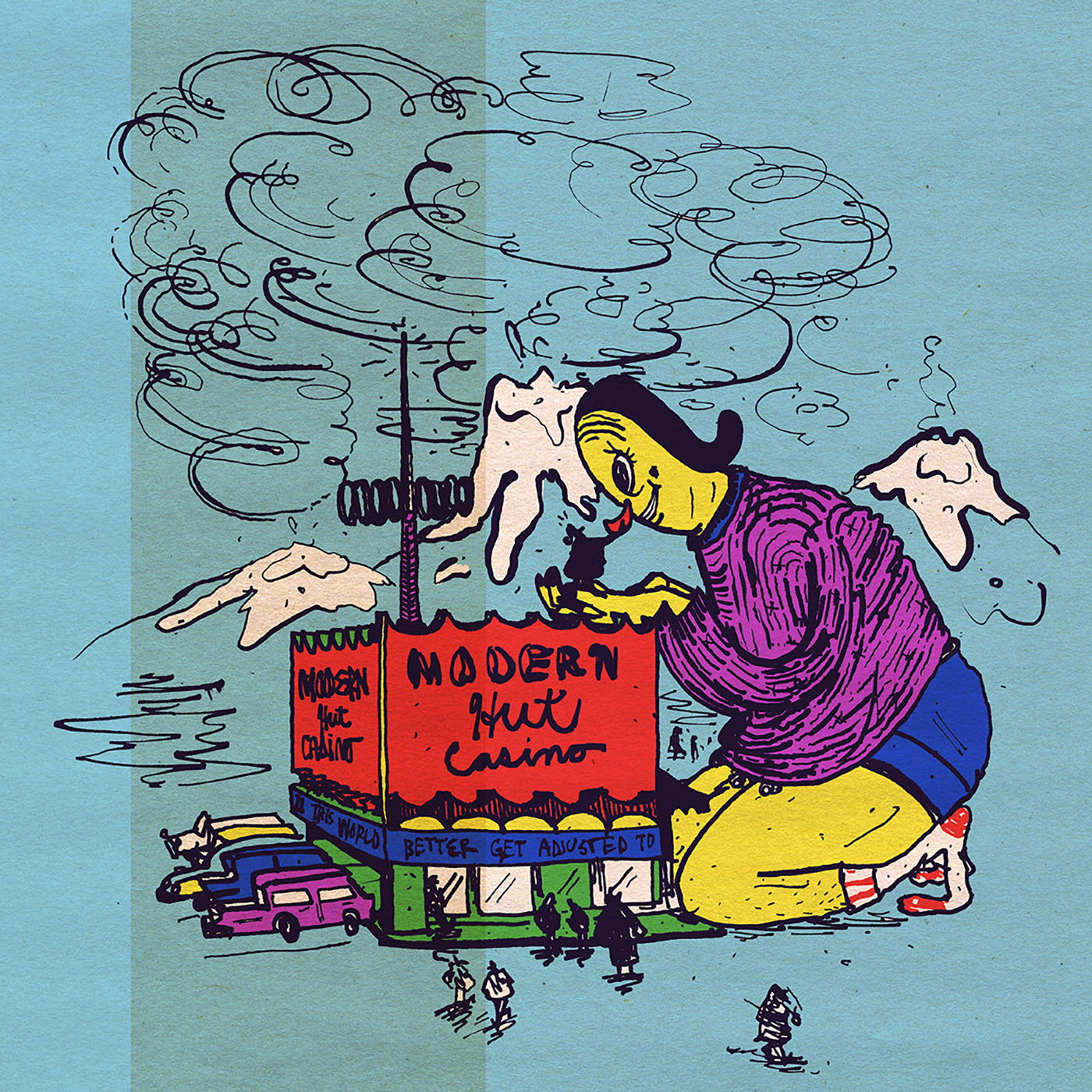 Don Giovanni Records has announced the release of the sophomore album from Modern Hut, the songwriting project from Don Giovanni's founder/owner/operator and Joe Steinhardt. The album - titled I Don't Want To Get Adjusted To This World - will be released on January 8, 2021. It was a collaboration with Marissa Paternoster of Screaming Females who co-produced the album and contributed guitar and vocals.

A music video for the title track premiered today via BrooklynVegan. The album is available for pre-order and pre-save now, and the single is now available on Bandcamp and all digital streaming services.

As for the video itself, Steinhardt and Paternoster wanted to document a very specific part of the outskirts of New Brunswick, NJ. The video was shot at the former location of two of their favorite stores on Route 1 North, "Kool Kidz Consignment" and a store that was called "Shoes, $, Items + More." The video itself was inspired by a William Ackerman music video and shot by Kate Sweeney and Brenda Leon.

I Don't Want To Get Adjusted To This World by Modern Hut will be released on January 8, 2021 on Don Giovanni Records, and is available for pre-order and pre-save now.

Album Track list:
1. In Amongst The Millions
2. Proof And Prime
3. Ask The Dust
4. The Battle Cry Of Freedom
5. Broken Teeth
6. Out Of Touch
7. Silly And Self-Destructive
8. I Don't Want To Get Adjusted To This World