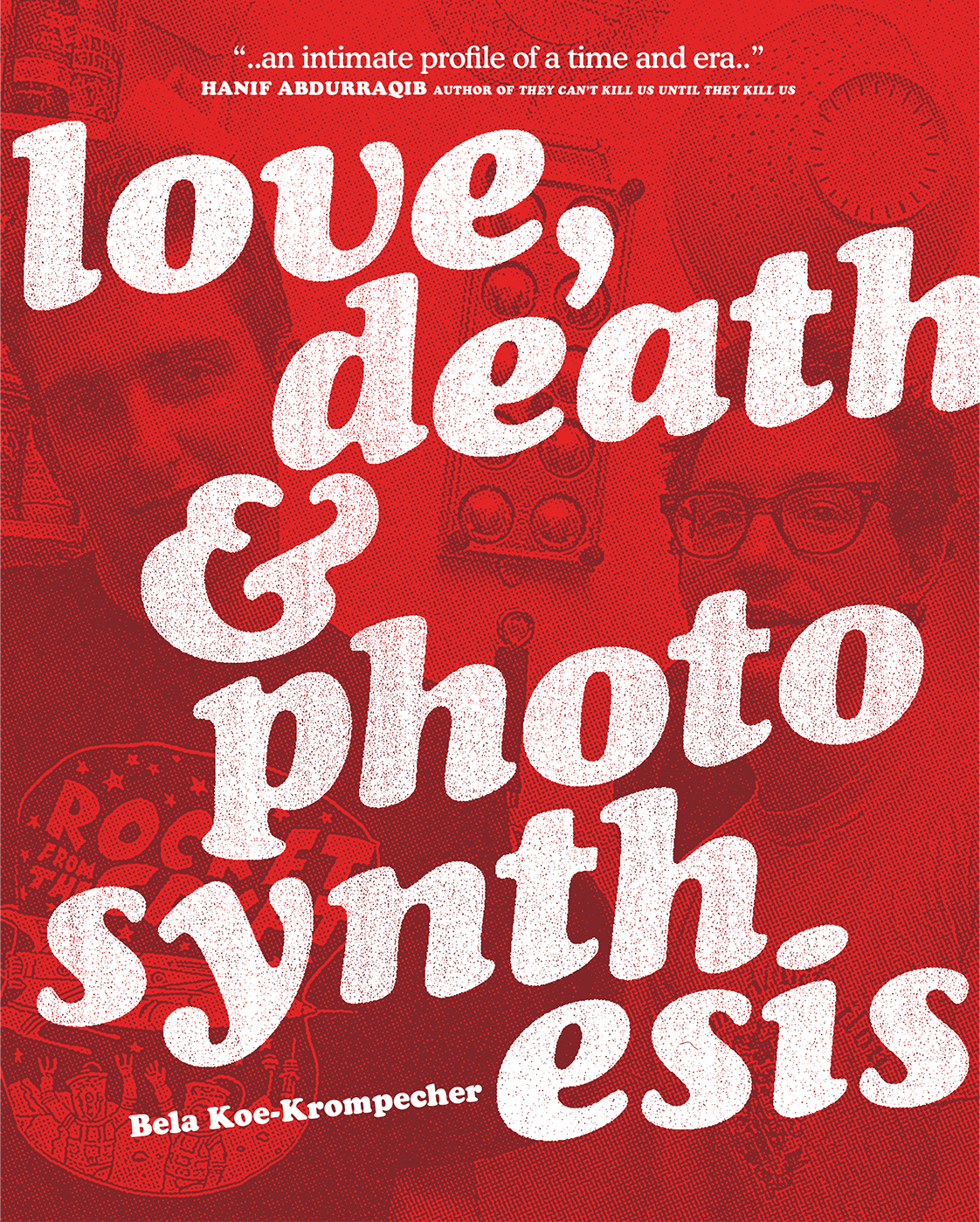 "Love, Death, & Photosynthesis is such a generous text. One that offers both a timeline and a soundtrack of living. One that populates a world with people who could easily be your kind of people, immersed in days and nights that could be your days and nights. I loved this book for how it acts as both an intimate profile of a time and era, and also a mirror through which a reader can see their own history, their own affections, and their own music."
-Hanif Abdurraqib, author of They Can't Kill Us Until They Kill Us

"Bela so beautifully writes about the connection between love, identity and an underground music scene- if music’s been the way you’ve made sense of the world this book will move you to tears."
-Matt Sweeney, VICE/Guitar Moves 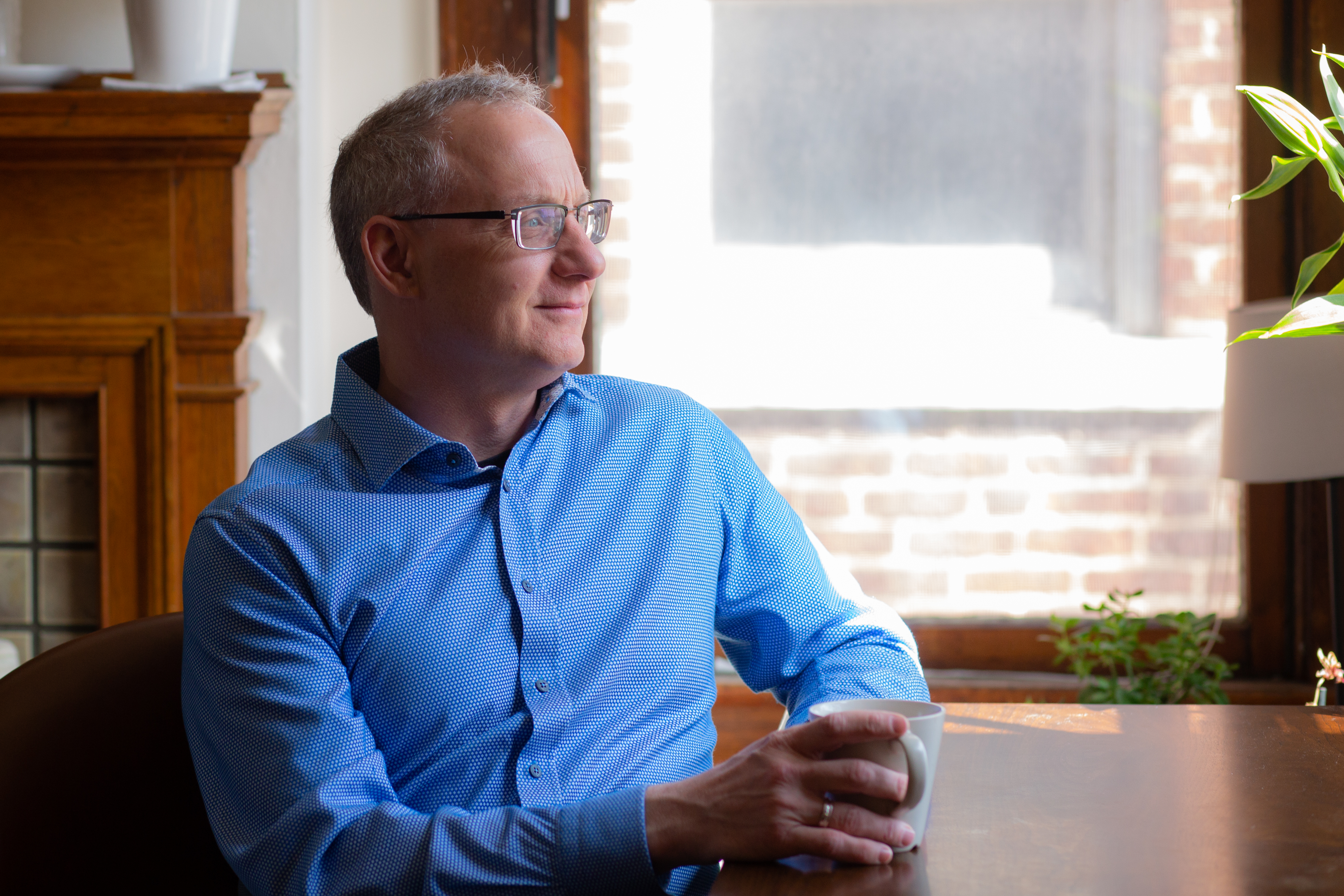 During the heyday of the late '80s indie underground, high school sweethearts Bela Koe-Krompecher and Jenny Mae Leffel moved together from small-town Ohio to the big city of Columbus to pursue education and a dream of something more. When they arrived, the two met Jerry Wick, a prickly malcontent and lead singer of the punk rock band Gaunt, and the trio quickly forged a contentious friendship that would be challenged for the next 20 years by addiction, mental illness, homelessness, divergent whims and tragic paths. They bonded over their obsessive love of music, especially the scrappy, welcoming world of independent labels and bands, where heroes could be a neighbor, a bartender or even a know-it-all behind the counter of a record store. Through the label Koe-Krompecher and Wick launched, and the music Leffel made, these three friends gained fans nationwide and garnered unexpected critical acclaim from The New York Times, Entertainment Weekly, SPIN and more while sharing the stage with bands like Superchunk, Mudhoney and Guided by Voices. At its heart, Love, Death & Photosynthesis is a story of the love between friends and the power of music to pull people together—often in spite of themselves—in the universal search for connection.

“Love, Death & Photosynthesis is an incredible look at friendship, loss, creativity, and growth. Koe-Krompecher writes beautifully about the thrill of loving music, booze, late nights.....and facing everything that comes next. Throughout the story, he is able to honor the two very important friends he lost, who burned bright but left early. In explaining the ways they touched him and changed his life, he delivers a great reflection on grief and a hopeful tale of moving forward. Really amazing, super moving and, of course heartbreaking. A story beautifully told and does a lot to honor to both Jerry and Jenny."

“…a wild, real tender combination of Patti Smith’s Just Kids and Michael Azzerrad’s Our Band Could Be Your Life. Hell, 'Love, Death and Photosynthesis' isn’t even a book—it’s a juke box, the wonderous kind that you find in a dive bar and that seems, suddenly, to contain every song you need to hear.”

-Daniel A. Hoyt, author of This Book is Not For You 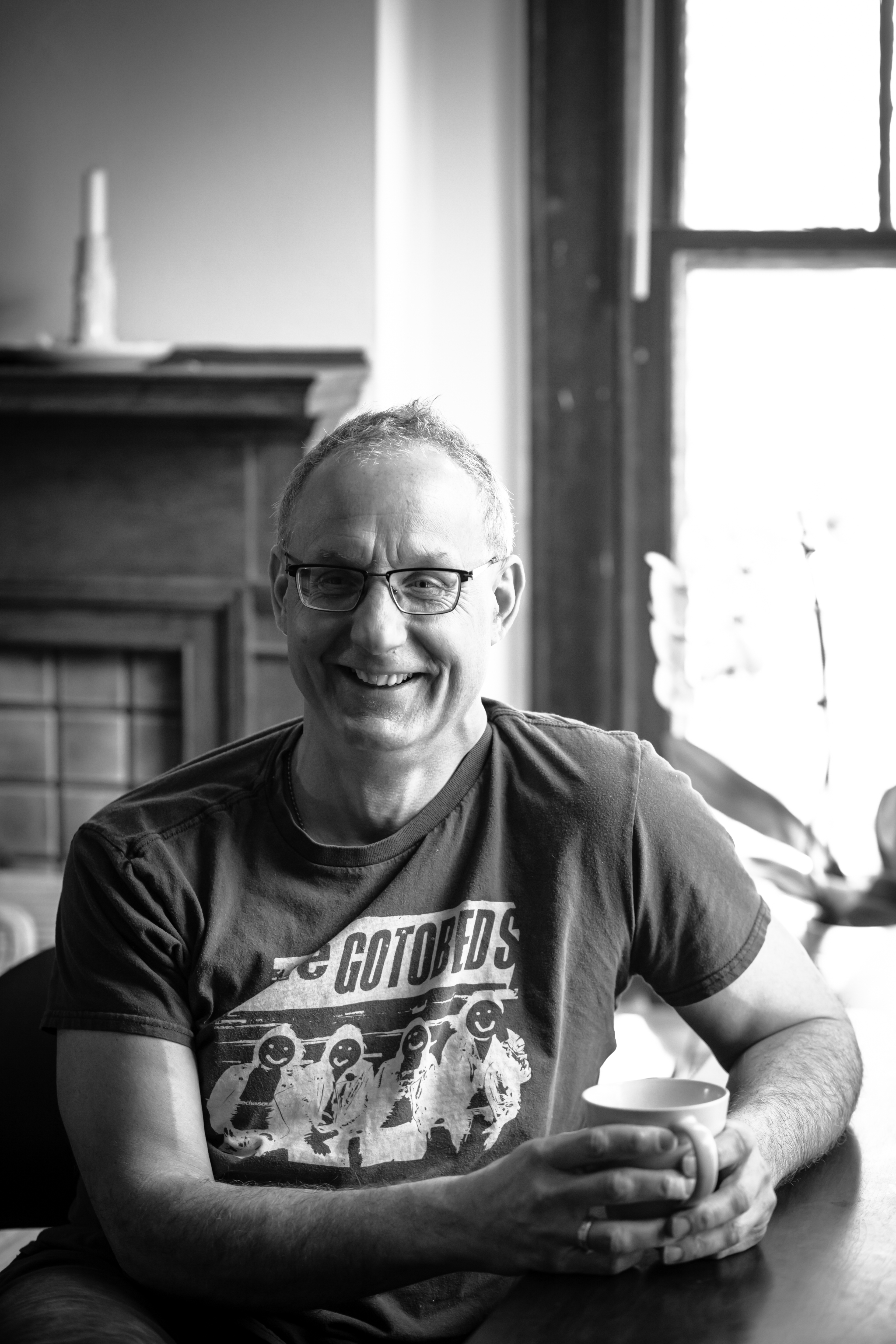 In the early 1990’s while working at Used Kids Records, Bela Koe-Krompecher partnered with Jerry Wick to create the independent record label Anyway Records. During the following decade, Bela was involved in Columbus’ underground music scene as a writer, concert promoter, and continued his role as the head of Anyway Records. In 2009, he began a popular blog chronicling his involvement in the burgeoning midwestern music scene and the characters who inhabited much of the national underground music world. He has since written three graphic comics based on his stories and experiences, which have been compared to the likes of Harvey Pekar, Nate Powell, and John Porcellino. In addition, his writing has appeared in the awarding winning book Malls Across America, as well as the publications Shredding Paper, Raygun, Dagger, and 614. Bela continues to champion new artists through Anyway while working as a social worker, professor, and guest lecturer in Columbus, Ohio.

Bela Koe-Krompecher’s New Book Love, Death & Photosynthesis Chronicles The Lives of Several Friends In the Midwest Independent Rock Scene of the 1980’s and 1990’s. It Is A Story of Friendship, Death and Ultimately, Survival.