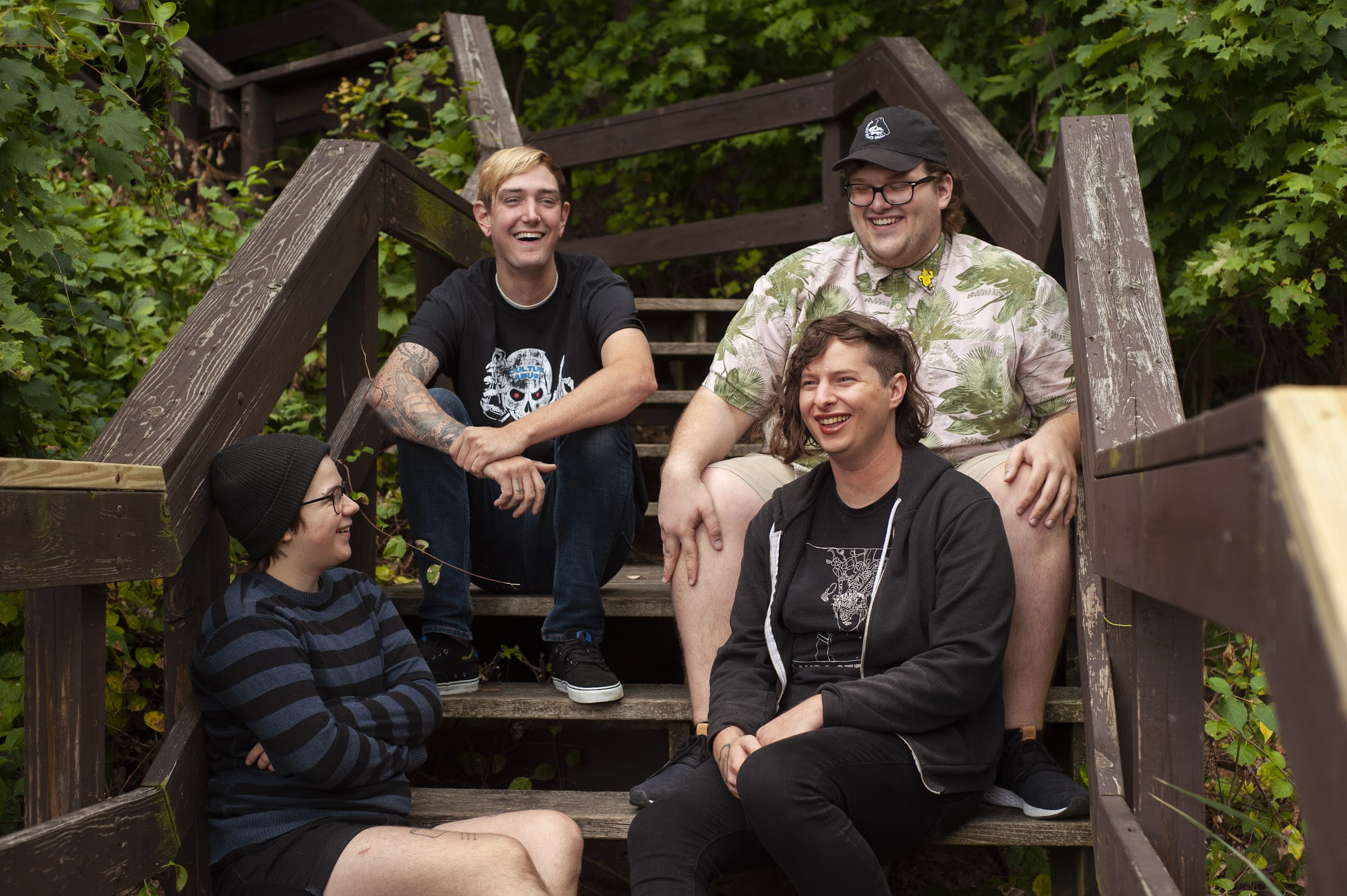 Today, they released the single "To Do Lists (Color Coded)", which harkens back to the project's folk-punk roots while broadening its scope to the Regina Spektor type balladry it's equally indebted to. 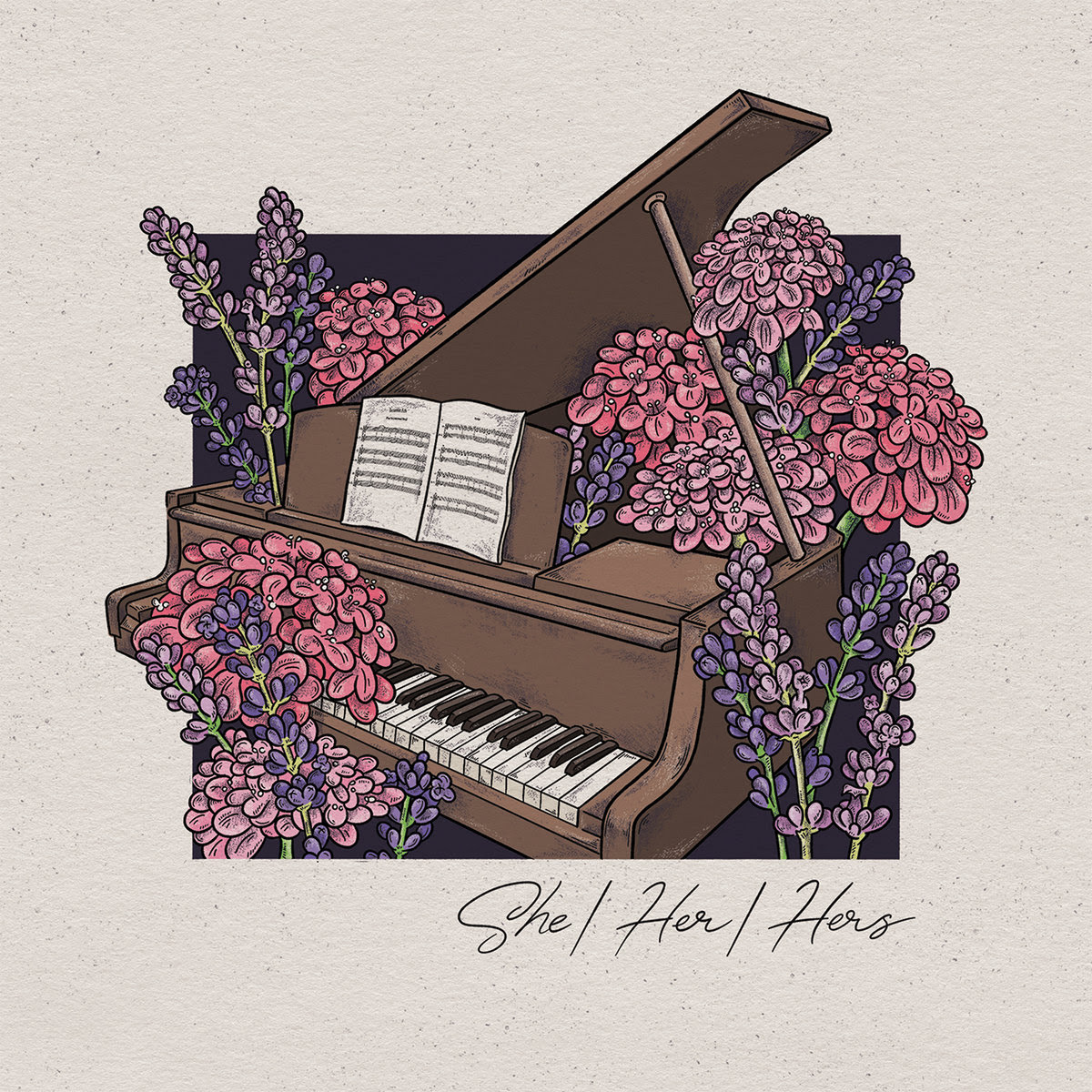 She/Her/Hers is the creative project of songwriter Emma Grrrl, beginning in 2015 as a vessel to discuss her coming out as a transgender woman. On her first two releases Emma channeled the experiences of coming out and trans life into raw and personal folk punk, recording mostly at a friend’s studio whenever they had surprise availability. The sudden nature of these sessions meant they often captured stripped down versions of the songs, arranged to be quickly and easily recorded.

On her upcoming self-titled LP Emma recontextualizes these songs through the reflective lens of hindsight. After recording the original versions at impromptu sessions, Emma entered the studio for 2 weeks with the intention of rerecording a selection of tracks with the fullness that they were originally imagined.With support of drummer Cody Kutilla, Emma built out the arrangements for a full band. Having the opportunity to develop these songs with intent and time, they evolved into something new entirely. Tracks like “Internet Ads” and “Family” have pivoted from their original folk punk fury to dynamic chamber pop confessionals. Others like “Sweaters in Summer” are beefed up with trumpets and gang vocals. Pianos, horns and woodwinds fleet in between theatrical vocals and punchy guitars, coming together as a more versatile and expressive version of these songs.

Thematically, the LP closes its focus in on the early days of Emma’s coming out process, telling stories that reflected where she was in her life at the time they were written. In returning to these songs with newfound perspective, Emma infuses them with grandiosity and new life. With so much happening between the writing and rerecording of these songs, it is fitting that these songs have been transformed through the rerecording process. “Transitioning (To a Life Without You)” begins as a traditional power-pop, but explodes into a heavy halftime breakdown complete with fuzzed out bass and guitar heroics. 2018’s “Giving Up is Sooo Last Year” is split into two parts, the Django Reinhardt inspired “(Giving Up Interlude)” and the full band jazz romp “Giving Up”. “Gender is Boring”, which was originally recorded as a folky gender manifesto on 2018’s Grrrl Angst, is transformed and expanded into emotionally maximalist piano pop. Meshed between the keys and horns are crowdsourced gang vocals from dozens of online trans friends and fans. Going all in on revisiting old songs, Emma even pulls out a cover of “Internet Ads”, a song written by her friend Scout Seshimo of the band Bogsey. Having sung backup vocals on the original track, a synthy folk punk tune, Emma reimagines “Internet Ads” as a Vanessa Carlton-esque piano ballad. In re-examining this time of her life through old songs, Emma goes a step beyond increasing the fidelity, adding a sense of reflection, clarity, and pride.