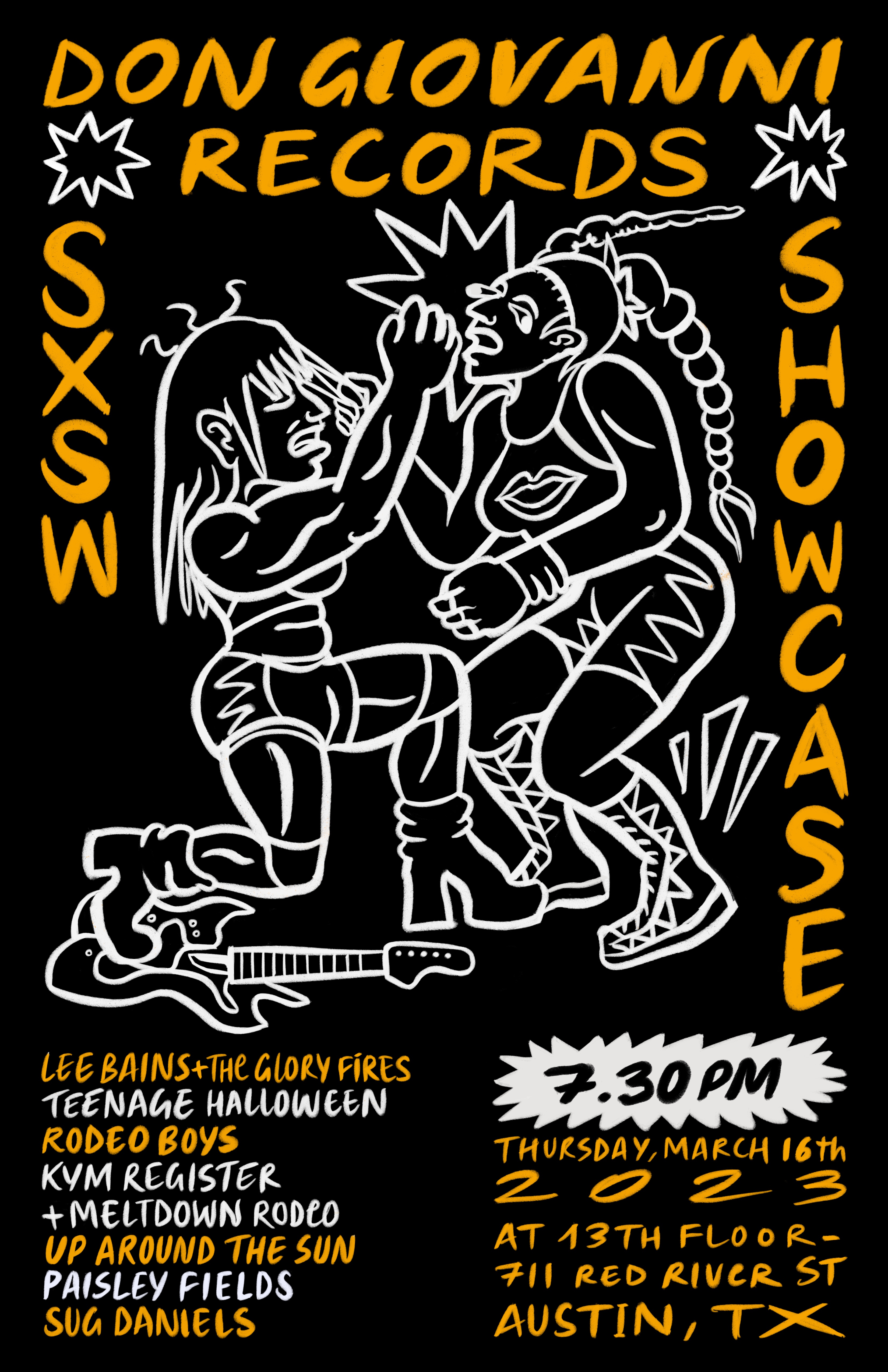 Up Around The Sun
Paisley Fields
Sug Daniels 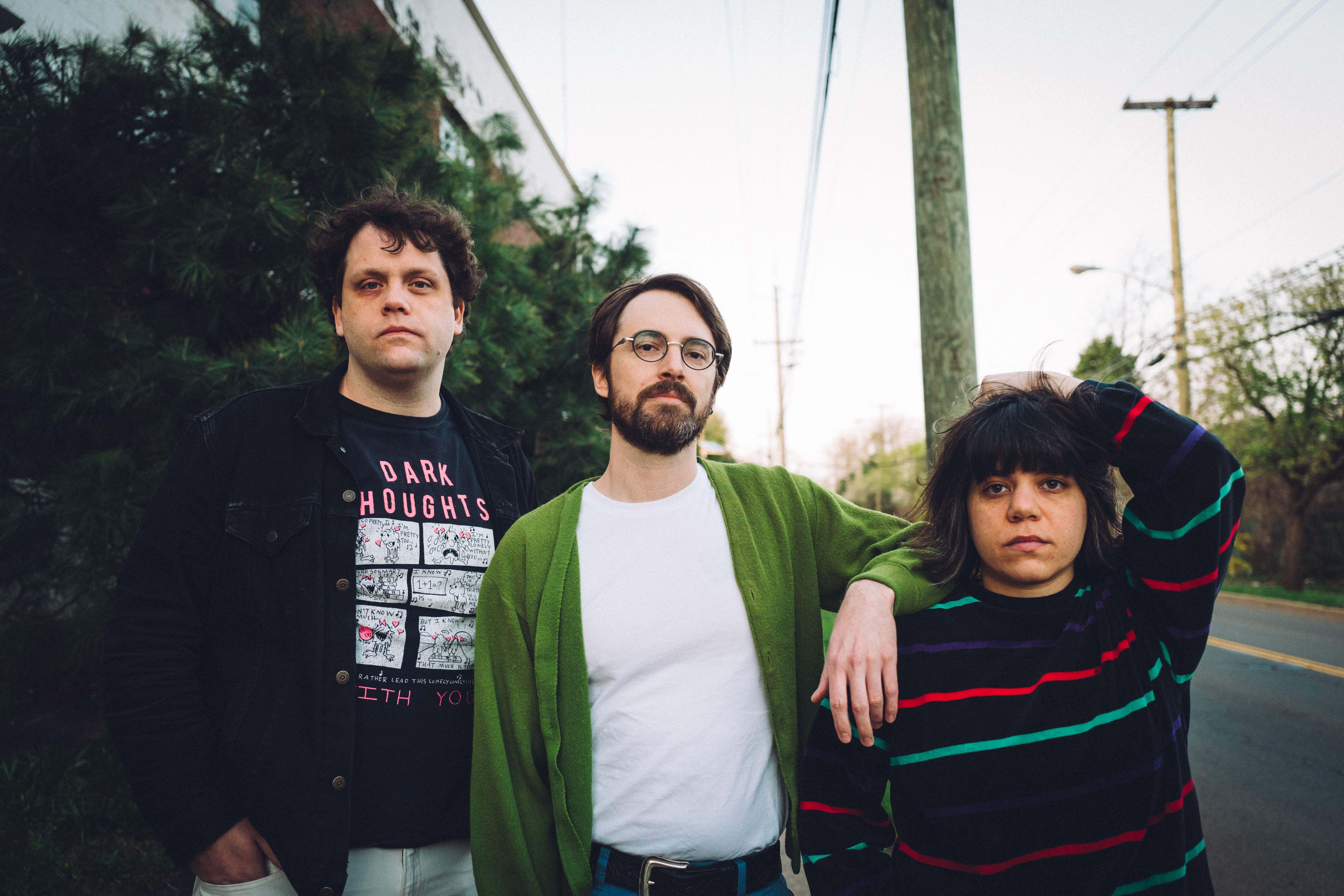 "Marissa Paternoster is one of the best guitar players alive.”
– Kathleen Hanna

"Screaming Females are a great band and I hope they keep going forever.”
– Steve Albini

Desire Pathway, the long awaited new album from Screaming Females will be released on February 17, 2023 and is the band's eighth LP released over their eighteen year career.

Alongside the announcement, Screaming Females have released the album's lead single "Brass Bell" across all digital streaming platforms, and Bandcamp. 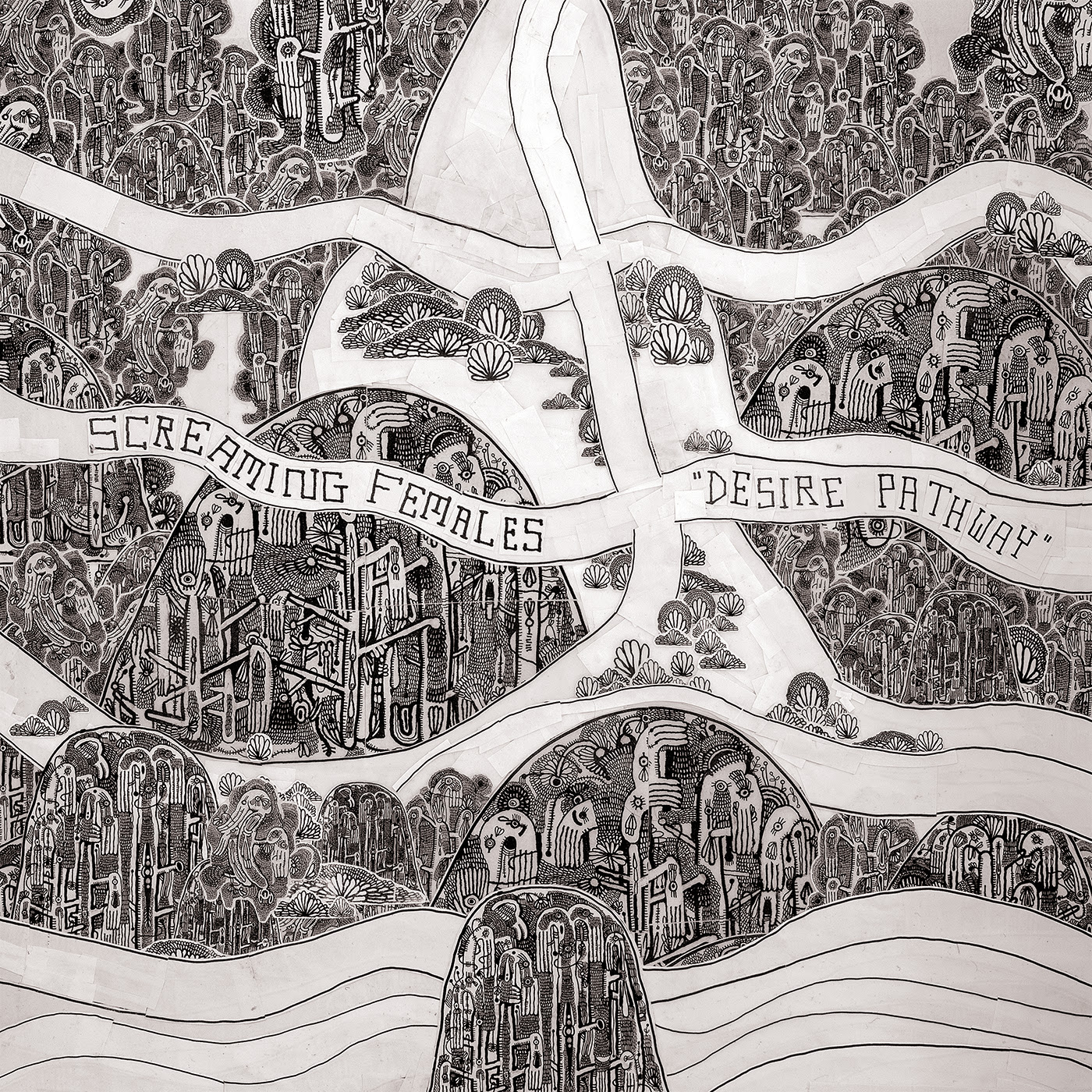 Once you start looking for them, you’ll see desire paths everywhere. In parks and driveways, parking lots and apartment complexes, in front of corner stores, libraries, schools and offices.

“Maybe there was one in your neighborhood growing up, a corner where everyone decided it took too long to go around, so they made their own pathway to cut through,” says Marissa Paternoster, singer and guitarist of Screaming Females. “There’s this cool unsaid group consciousness that comes together where everyone decides, this is the right way to go.”

Now a band for half the lifetime of its members, Screaming Females have long been pounding out their own desire path. Formed in 2005 in New Brunswick, NJ, the trio has consistently created a hearty, surprising mix of indie-, alt-, punk- and stoner-rock, all with their original line-up of Paternoster, “King Mike” Mike Abbate (bass) and Jarrett Dougherty (drums).

To be released on February 17th via Don Giovanni Records, Desire Pathway was recorded at Minnesota’s Pachyderm Studios (where Nirvana recorded In Utero) and produced by Matt Bayles (Foxing, Pearl Jam, Mastodon). Bright and full, the album captures the band at a time when nothing was certain other than their abiding desire to make music together. 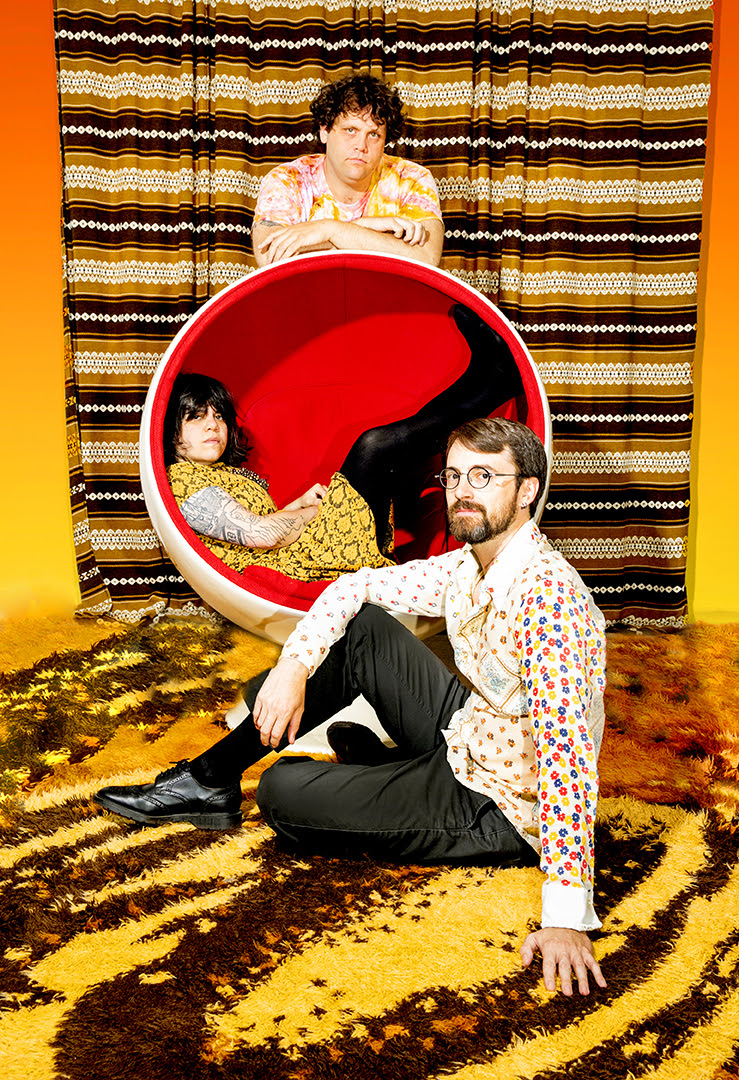 Desire Pathway opens with the Sabbathy hypnotism of lead single “Brass Bell” which is streaming everywhere now. Following a swelling haze of synth, feedback shrieks, martial snares advance, and the band explodes into a bracing groove. Soon, Paternoster makes the cryptic announcement: “I have flown us to the moon,” and we’re off. The song has the effect of clearing one haze and replacing it with another, much heavier one.

Paternoster, who was named one of the Greatest Guitarists of All Time by SPIN Magazine, explains of the single:
“'Brass Bell” is a song about surrendering your autonomy to something so overwhelmingly powerful you willingly relinquish your ambitions and self-worth. My intention was to draw an interesting dichotomy between the muscular nature of the song and the rather bleak, worried lyrics.”
Compared with their previous record (2018’s expansive All At Once), Desire Pathway feels refreshed and direct. “Beyond the Void” may gather gloomily, but it quickly releases into its jangly, memorable chorus. “Mourning Dove” successfully channels the Pixies into a tight, driving power-pop song that passionately declares “my love for you is too strong to hide.”

Now 18 years and eight albums in, Screaming Females are still making their own path in the world, still touring DIY and releasing music without compromise. The route might cut a little off the main road, but you’ll quickly see there’s a reason they’re on it. You just might like where it leads you. 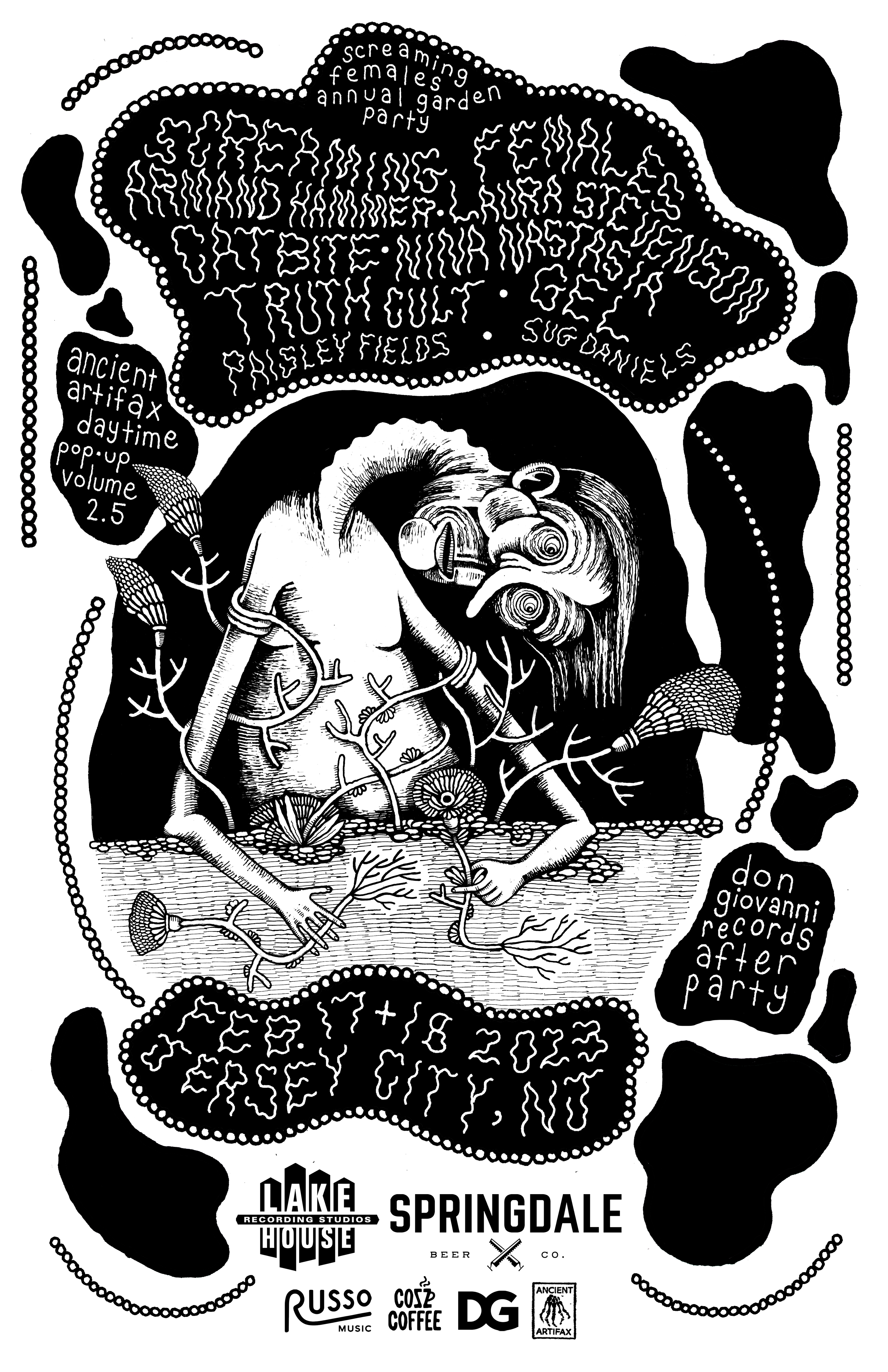 Screaming Females will embark on a worldwide tour through spring and summer 2023 in support of the album. All tour dates are below, and tickets can be purchased at screamingfemales.com.

War Poems, We Rested is the first full length release from R. Ring since 2017's Ignite The Rest. 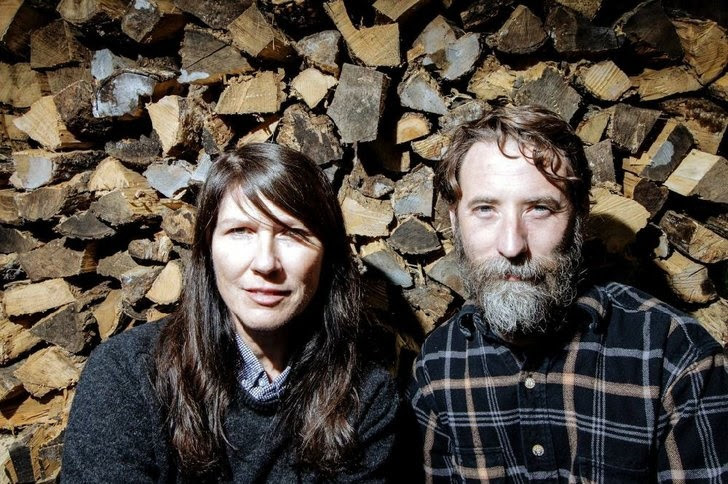 Don Giovanni Records has announced the new album from R. Ring titled War Poems, We Rested. The band features Kelley Deal (of The Breeders) and Mike Montgomery (of Ampline). Laura King (of Bat Fangs) contributed drums and other significant arrangements to the album as well.

Along with the album announcement, R. Ring have released the album's lead single "Still Life" to digital streaming platforms, along with an accompanying music video which can be seen HERE.

The album will be released on January 27, 2023 and it is the band's first full-length since their 2017 release Ignite The Rest.

War Poems, We Rested is available for pre-order now HERE.

"Still Life" is available across all streaming platforms, and Bandcamp now. 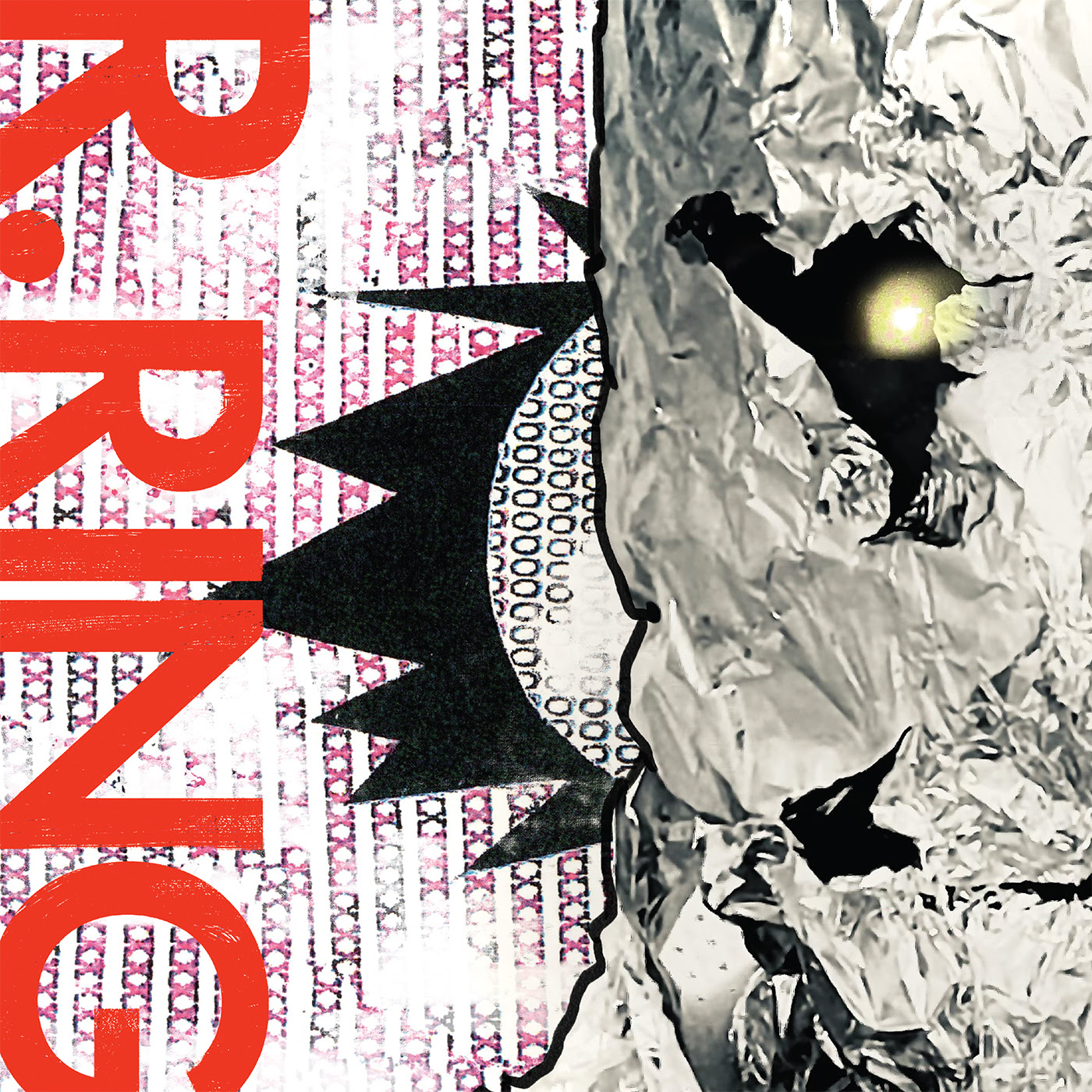 Shortly after the release of their gloriously homespun 2017 debut Ignite the Rest, beguiling indie rock duo R. Ring began working on material for their follow-up. Kelley Deal and Mike Montgomery collaborated on fragments, again enlisting drummer Laura King, Lori Goldston on cello, and Joe Suer on vibraphone. Of course, R. Ring and friends had no clue that their process would be sidelined by a pandemic.

Engaged in other projects (Deal with The Breeders and Protomartyr and Montgomery with his Candyland Recording Studio) and waiting out a global crisis, Deal and Montgomery tinkered on nearly-finished tracks and bided their time. In early 2023, with a tentative hope that the coast was somewhat clear, R. Ring re-emerged with War Poems We Rested, an album replete with three-minute songs that stagger and strut in equal measure. The wait has been worth it. 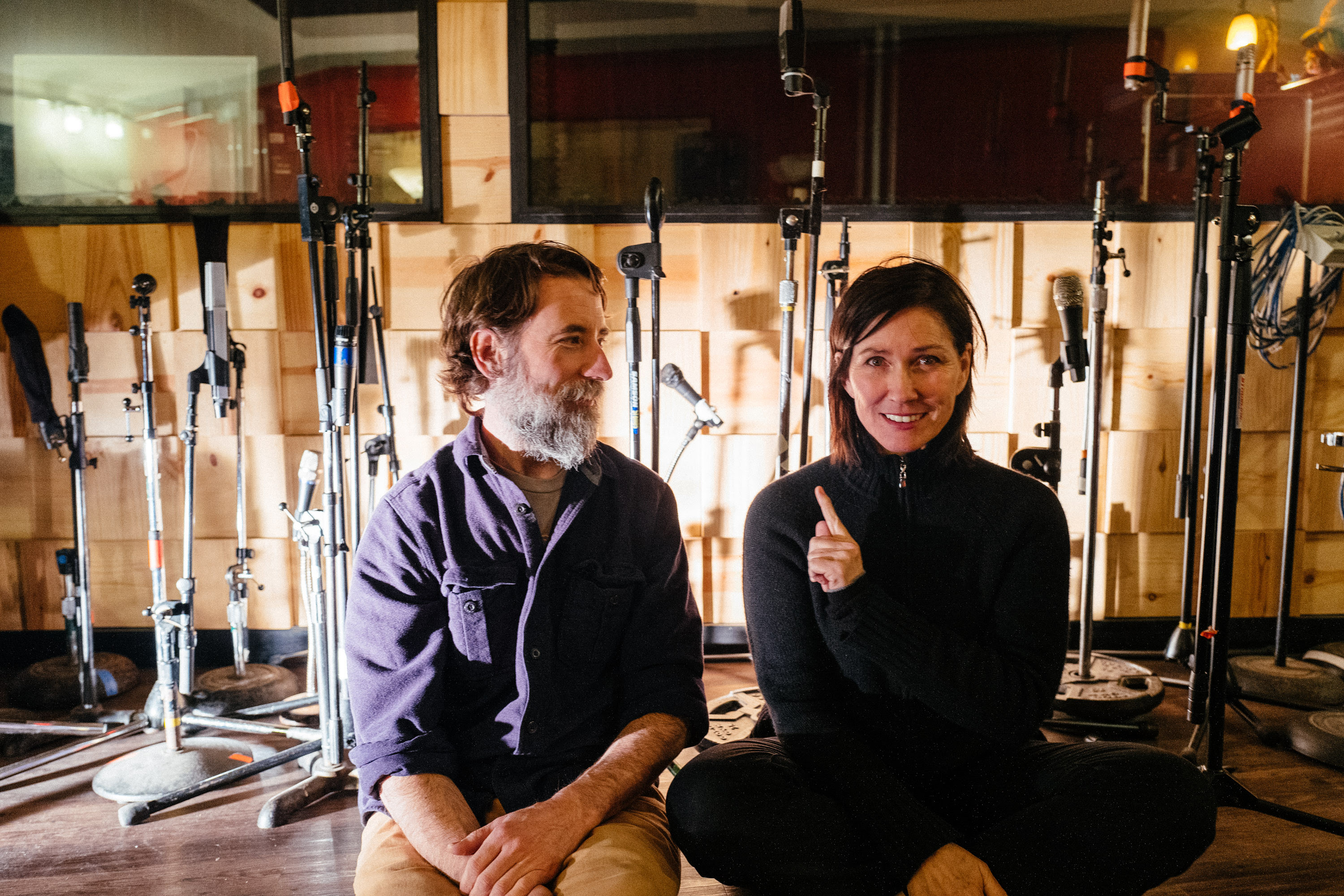 The album’s opener and lead single “Still Life” - streaming everywhere now - declares itself as the first of many thrilling stylistic fake-outs. In this case, Laura King’s colossal drums quickly crescendo before toppling into a bone-dry torch song. The taunting top-line dances like a ghostly Marianne Faithful across a seasick chord progression embellished by Suer’s vibes.

Deal reflects on the song's lyrics:
“It’s possible, sometimes, through substance abuse or self delusion, to exist in a realm of altered reality, where you imagine your life to be a delicious bowl of fresh fruit. When you finally wipe the haze off the mirror, you see through more sobered eyes that the fruit is rotting and the bowl is full of worms.”

Even though War Poems We Rested was momentarily quarantined, R. Ring used the opportunity to blow up the idea of album packaging and design. Singer and poet Matt Hart, tasked with writing some notes, enlisted a cadre of friends to create new poems inspired by each song, which resulted in a chapbook lovingly designed and handbound by Louisville’s alla testa. The first 200 copies of the War Poems We Rested LP will include this poetry collection featuring Sadie Dupuis, Hanif Abdurraqib, Lee Renaldo, Jackie Clark, Sara Jaffe, Rose Zinnia, Amber Tamblyn, Alejandro de Acosta, Jeremy Michael Clark, and Peter Davis. 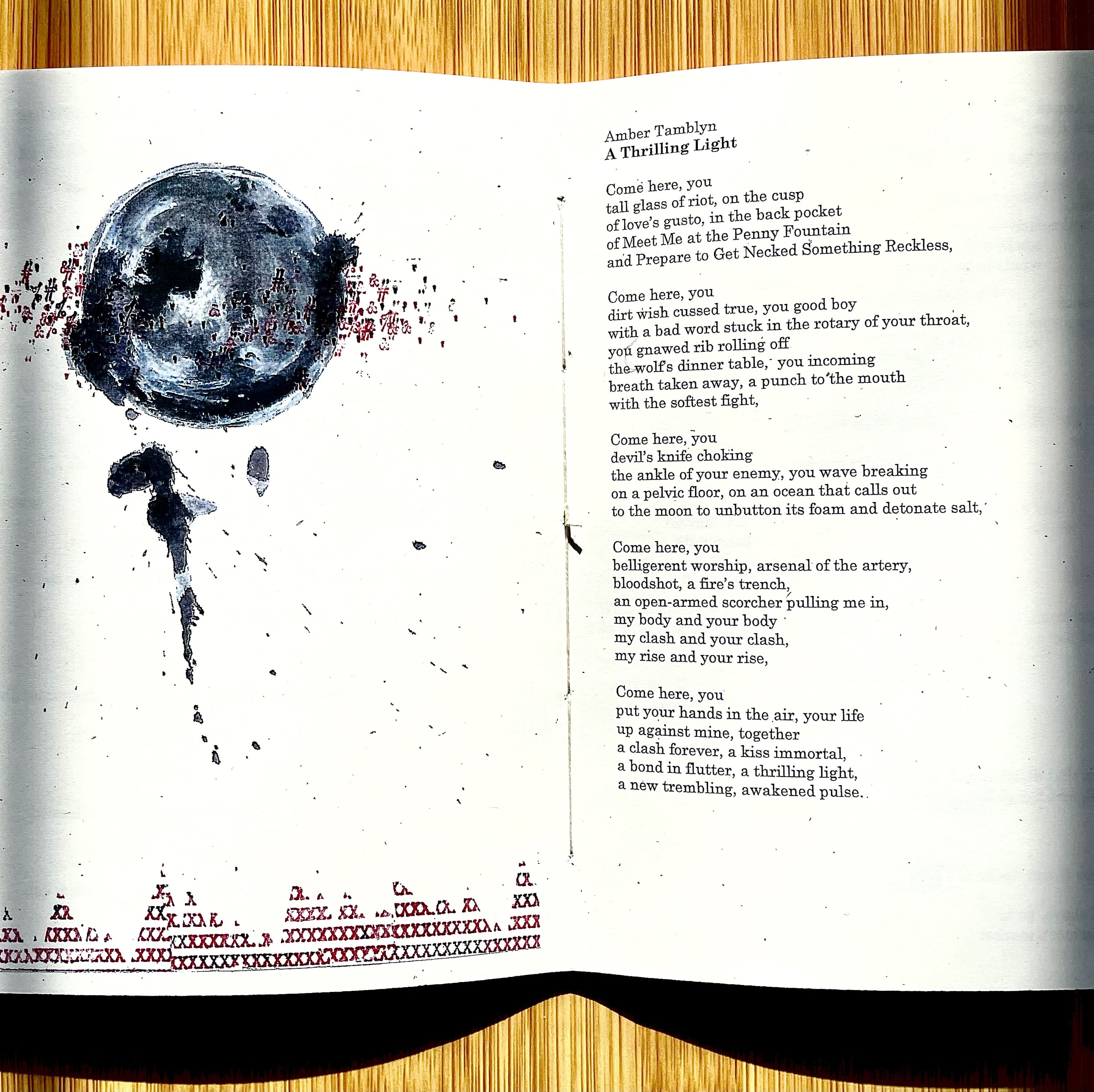 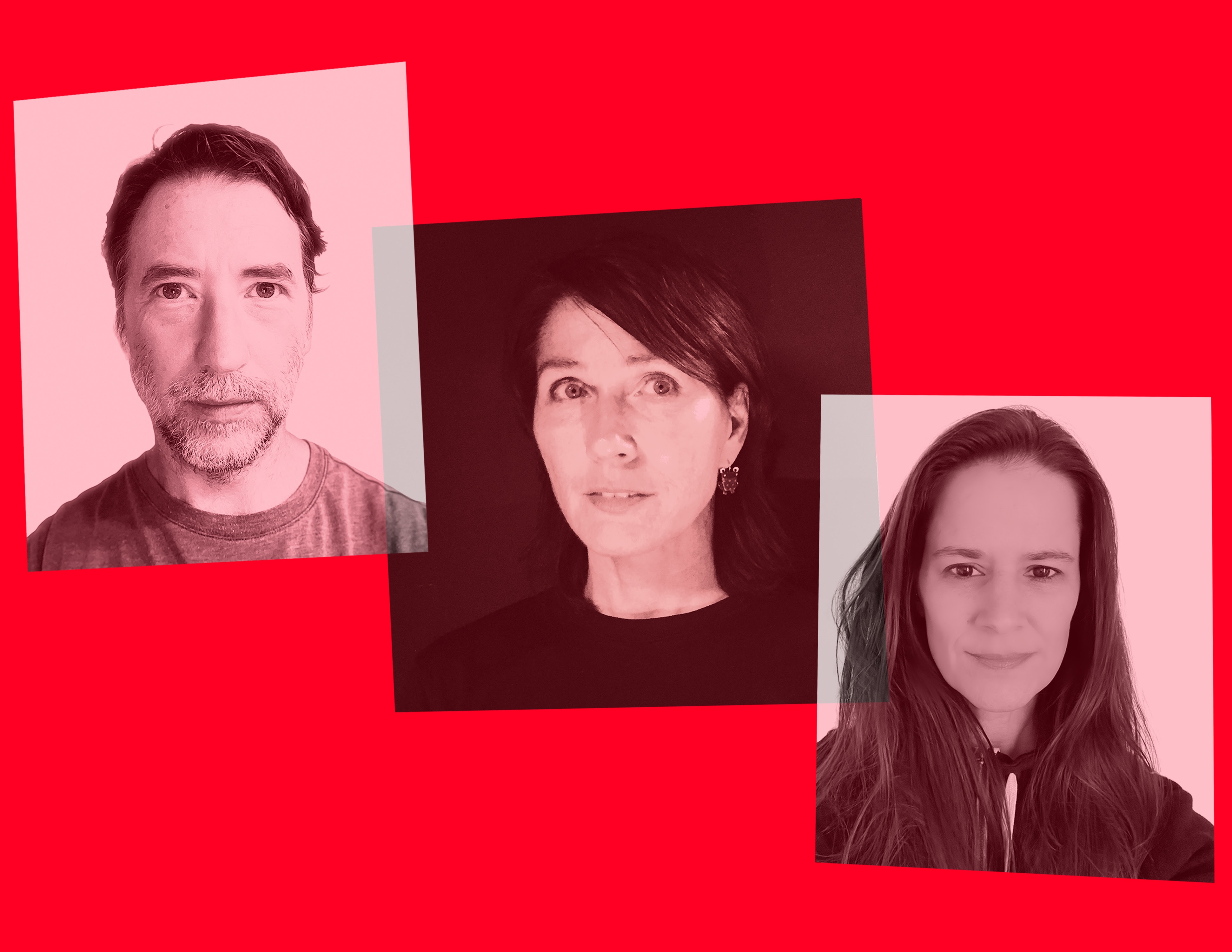 War Poems, We Rested will be released on January 27 2023 and is available for pre-order now HERE.

"Still Life" is available across all streaming platforms, and Bandcamp now. The music video can be seen HERE.

The EP Four Songs consists of the last known recordings from the late vocalist/guitarist Jason Rosenthal who passed away in 2013. 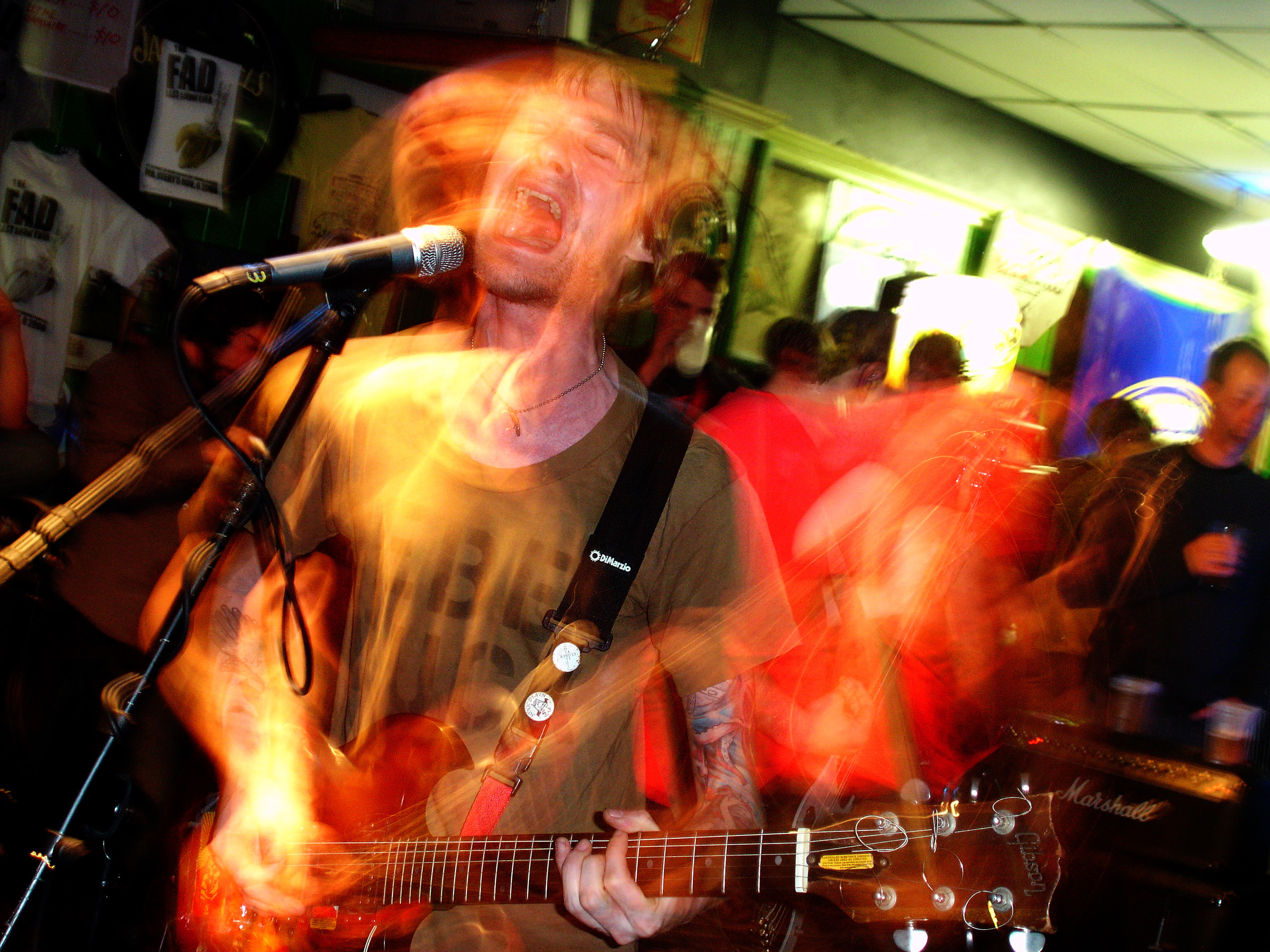 The band was a short-lived project led by Jason Rosenthal, the late front-person of foundational Long Island emo band On The Might Of Princes. The EP was recorded in 2008 though never officially released until now, and is premiering today exclusively via BrooklynVegan.

Four Songs is now available for the first time ever on all streaming platforms and Bandcamp. 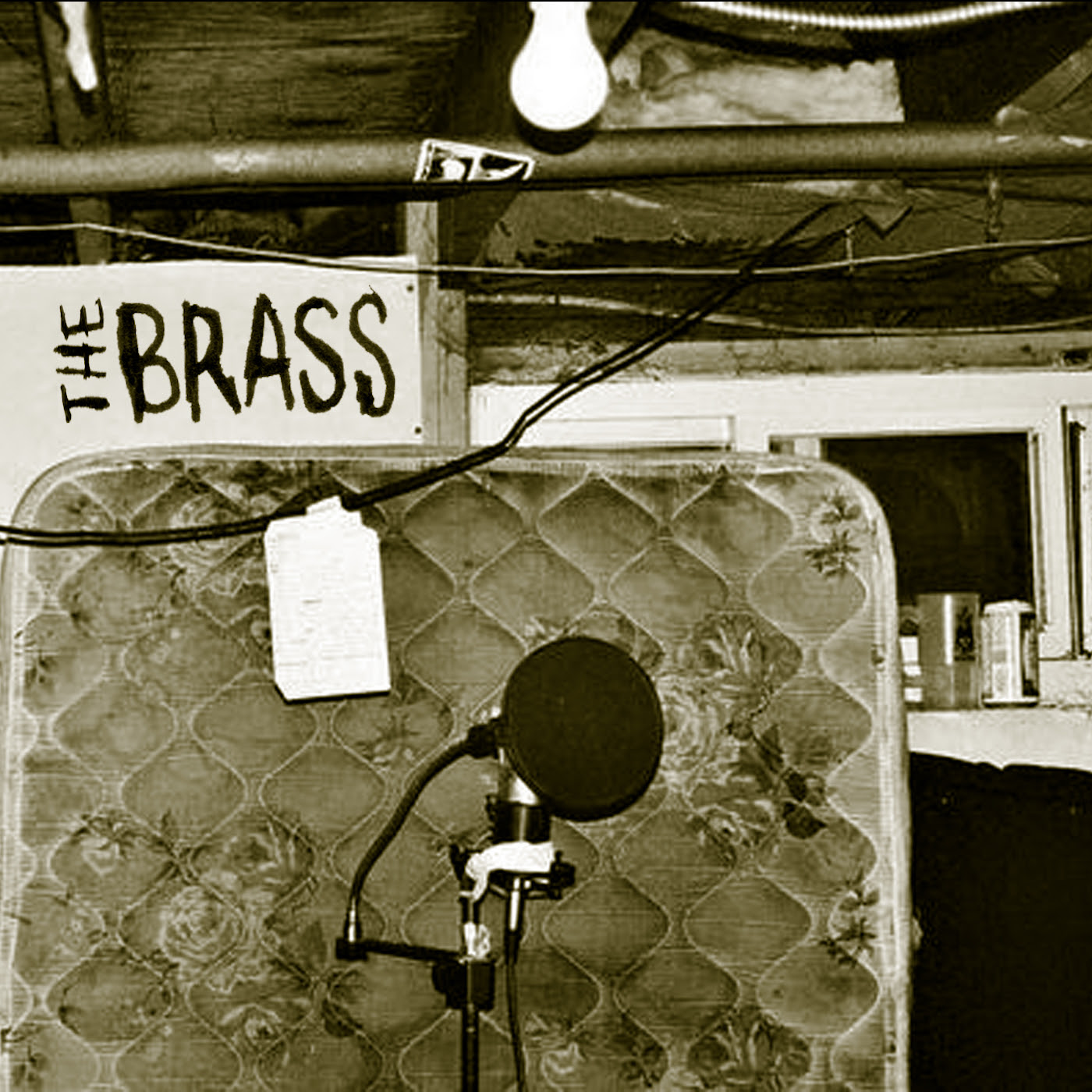 The Brass were a Brooklyn-based post-hardcore band that existed from 2008-2010, and featured former members of Long Island DIY scene staples On The Might Of Princes and Latterman.

Four Songs was recorded in 2008 by Phil Douglas (of Iron Chic, Latterman) and are the last known recordings to be released by enigmatic front person Jason Rosenthal, who tragically passed away in 2013 at the age of 35. This is the first time these songs have been released, and they are a document of a fraught and chaotic group of individuals that loved each other, who assembled for a brief moment to create together before splintering into separate and divergent paths. 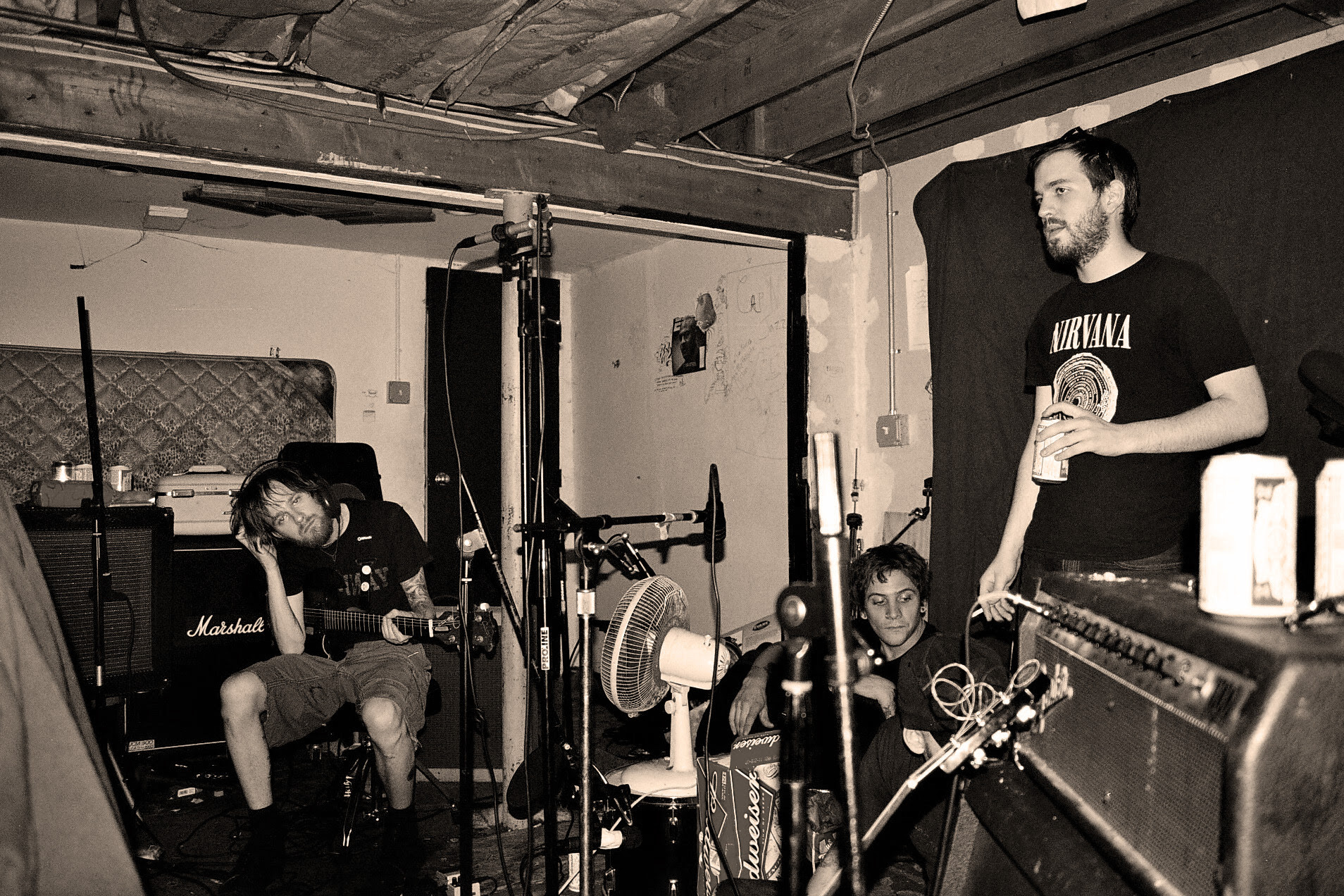 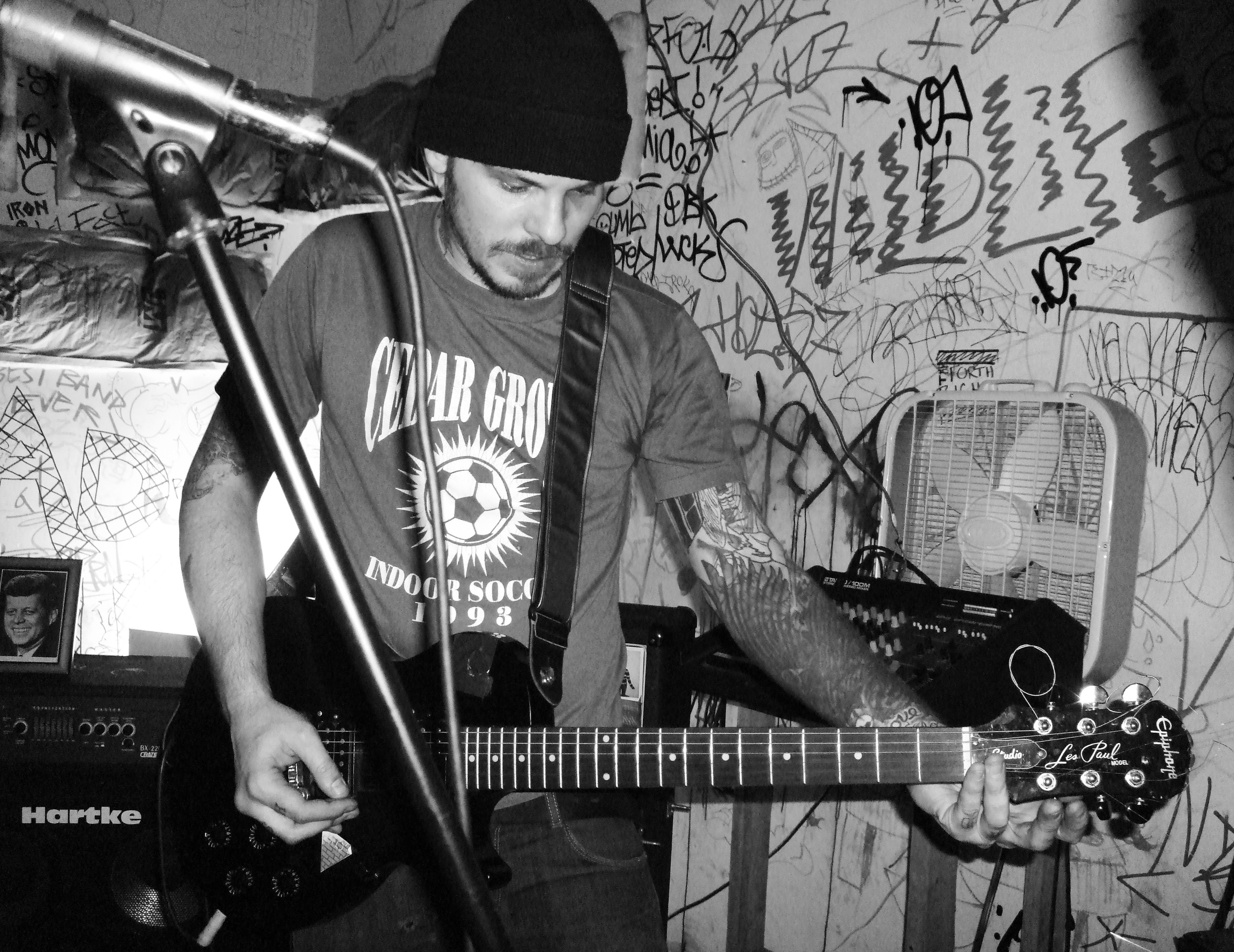 The multi-instrumentalist, songwriter, and author Franz Nicolay will release his new album on Don Giovanni on November 11th. Lead single "New River, Spring For Me" out now everywhere. 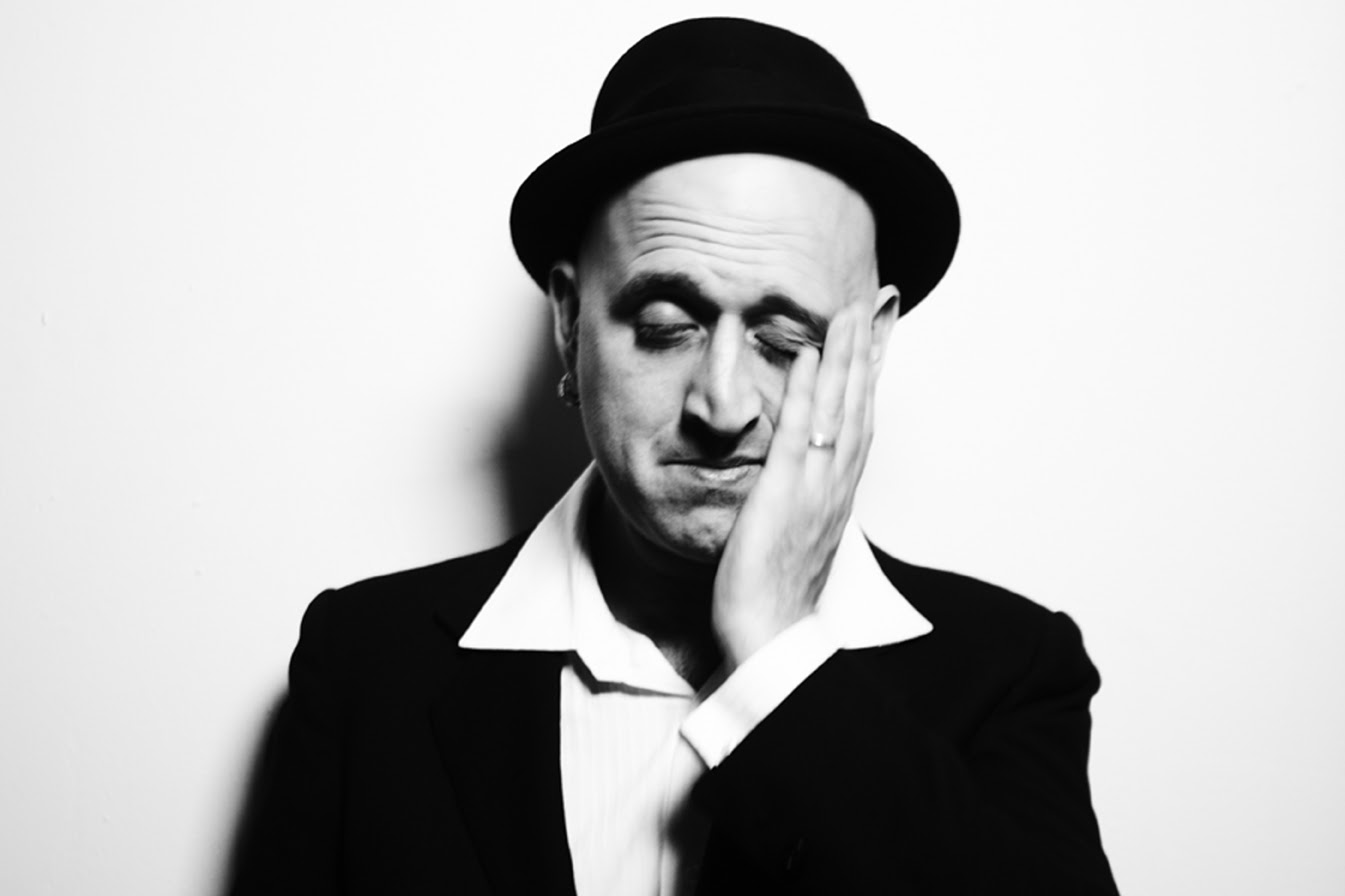 "The sorrowful storytelling of Franz Nicolay may be unmatched. Each song seems to be the gripping tale of a tragic hero." — The Huffington Post

FRANZ NICOLAY will release his new album New River on November 11, 2022. Nicolay is known as a longtime member of The Hold Steady and World/Inferno Friendship Society as well as for countless featured performances both live and in-studio with other artists including Against Me!, Dresden Dolls, Worriers and more.

Today, Nicolay has released the album's lead single along with a music video for "New River, Spring For Me" The track is available now across all streaming platforms and Bandcamp now, and the video can be seen HERE. 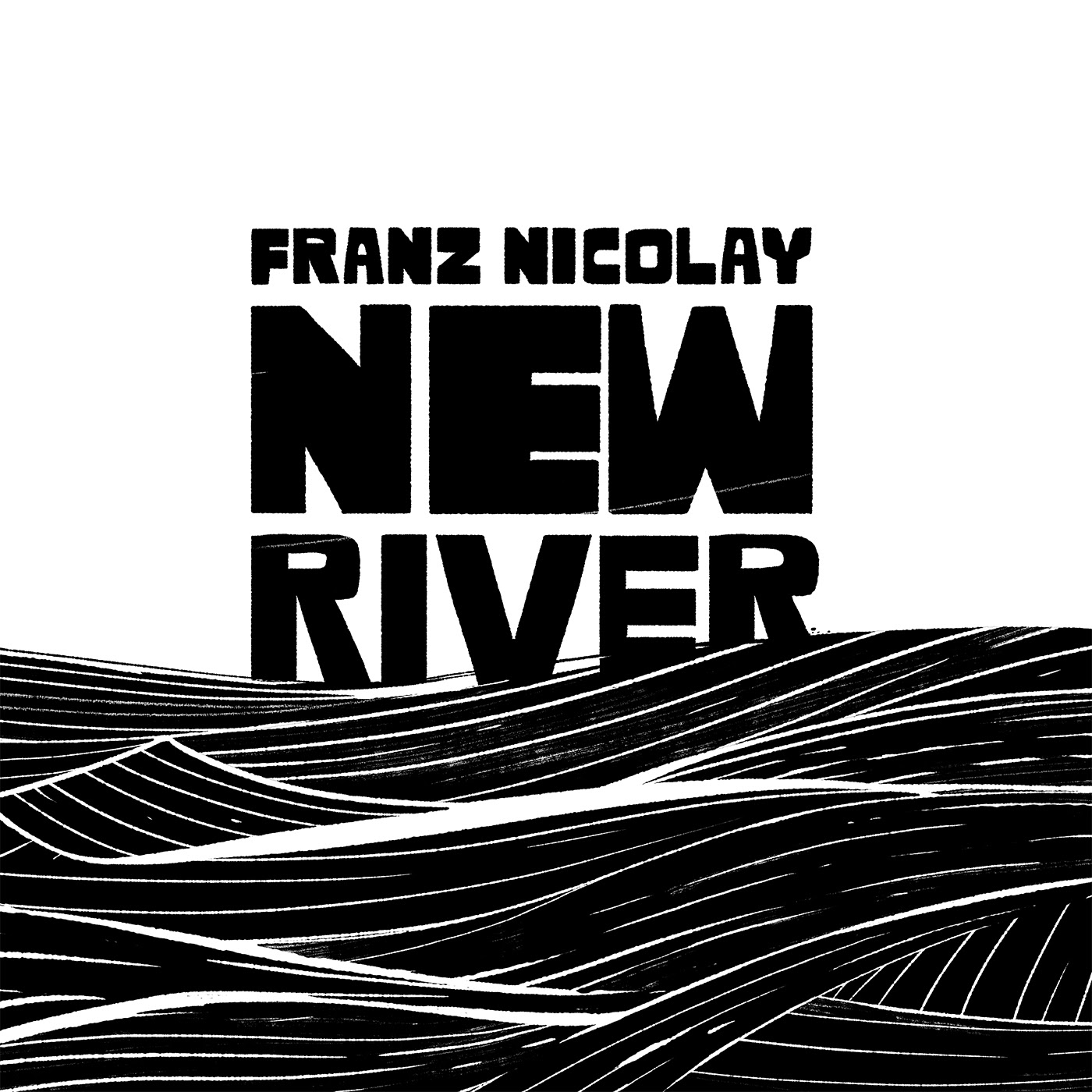 Franz Nicolay is a musician and writer living in the Hudson Valley, NY. In addition to records under his own name (most recently 2015’s To Us, The Beautiful!), he has been a member of the Hold Steady and World/Inferno Friendship Society, and recorded or performed with dozens of other acts.

Nicolay's first book, The Humorless Ladies of Border Control, was named a “Season’s Best Travel Book” by The New York Times. His second book, the novel Someone Should Pay For Your Pain was called “a knockout fiction debut” by Buzzfeed; and was named one of Rolling Stone “Best Music Books of 2021” (“finally, the great indie-rock novel... like Dostoyevsky in a DIY punk space”).

One would think that between writing and releasing his acclaimed debut novel, recording albums and touring with The Hold Steady, writing journalism about the Ukrainian resistance to Russian invasion, performing session work, and teaching as a professor of music and creative writing at Bard College would keep Franz Nicolay plenty busy. For awhile, it did. But as he reflects on the period of time writing and recording the songs that would make up his forthcoming album - New River - Nicolay stated:

"For several years after my last record, I needed a break, and actively tried to keep from writing songs. But the combination of working on new Hold Steady material, writing my second book, and having unexpected time on my hands like everyone else in spring 2020 eventually primed the pump for a record’s worth (including a co-write with my Hold Steady bandmate Steve Selvidge). The years off had constituted a time in which I thought I was finished as a musician; they were time characterized by the loss of several musician friends to suicide both acute and de-facto, and by consideration of the cost of 'working the art muscle.' I was approaching a familiar sort of life crossroads which I’ve traditionally addressed on the principle of “blow it all up and see if that fixes things.'”
The material was assembled in the period of time between April 2020 and spring 2021 and recorded at Atomic Garden in Oakland with drummer Ara Babajian (the Slackers) and bassist Frank Piegaro (Worriers); with help from friends including Jeff Rosenstock and Mike Huguenor (Death Rosenstock), Deanna Belos (Sincere Engineer), Lauren Denitzio (Worriers), Peter Hess (Philip Glass Ensemble), Steve Selvidge (The Hold Steady), and Todd Beene (Lucero, Chuck Ragan). 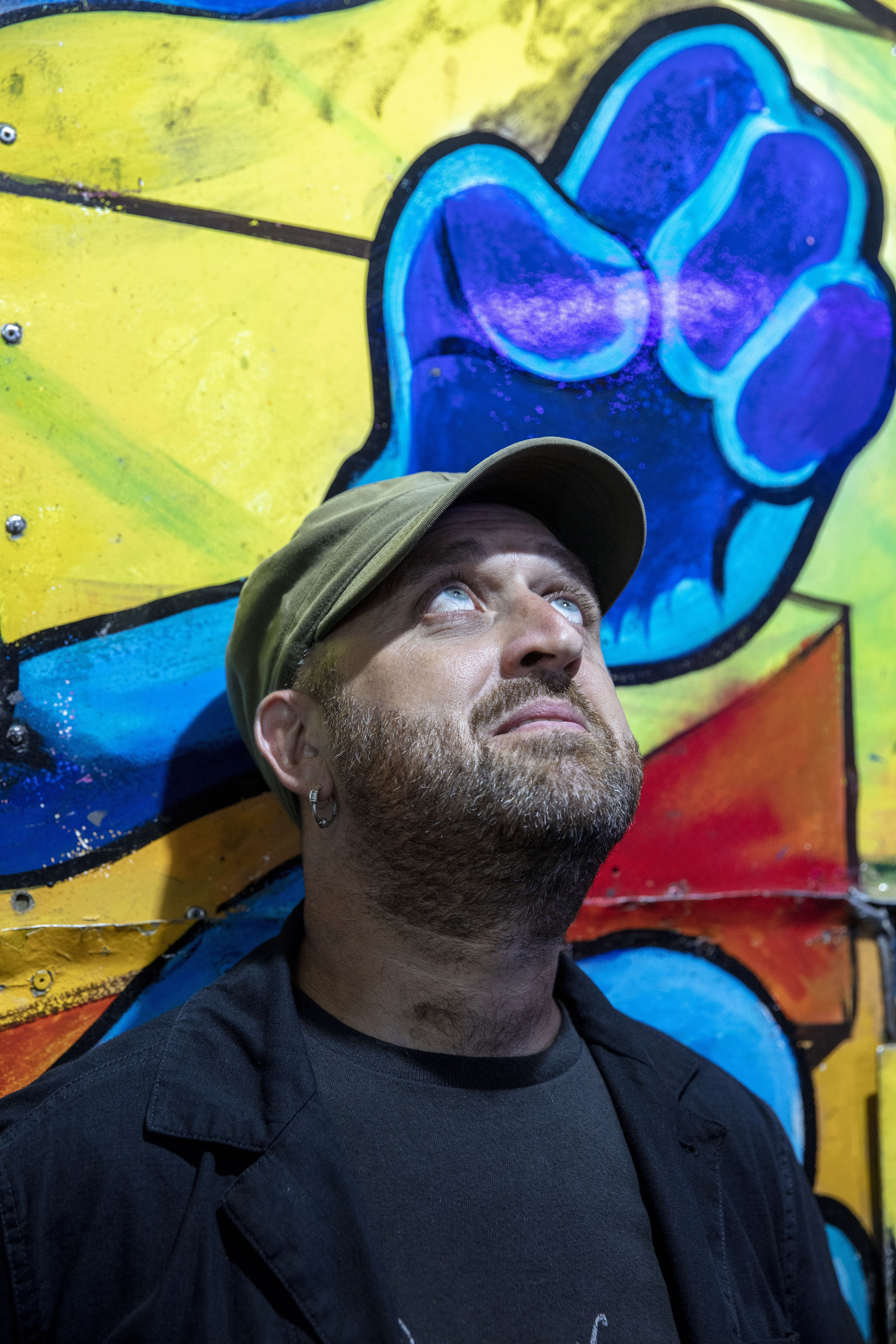 The album's coda, "New River, Spring For Me" is out now everywhere. While it is the closing track on the album, it was also the last song of the collection to have been composed, giving both thematic and emotional closure to the record. Of the track Nicolay states,

"It’s a hopeful song in its way, that takes in the past and sees a little room to plant a future. The closing line is from Anne Carson’s translation of Sappho, and I think captures some of the emotional ambivalence of the project. Ara Babajian (the Slackers) played some particularly soulful drums, Peter Hess (Philip Glass Ensemble) wrote a fantastic horn arrangement, and Steve Selvidge (The Hold Steady) added the tasty licks."